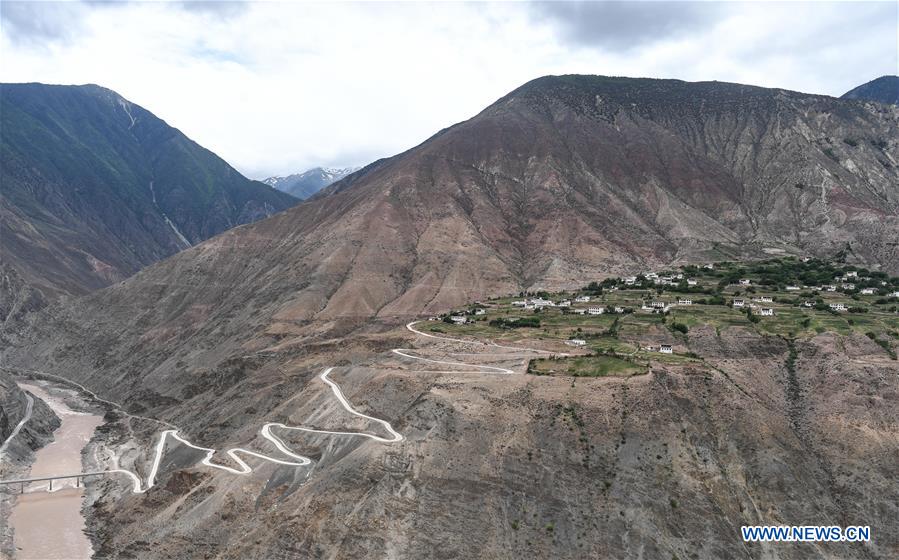 Photo taken on June 4, 2019 shows a road leading to the rural area in Qamdo City, southwest China's Tibet Autonomous Region. Tibet Autonomous Region has built or renovated a total of 43,400 km of rural roads over the past five years, according to local authorities. The regional government has invested 95.7 billion yuan (around 13.7 billion U.S. dollars) over the period in paving modern roads to 2,276 villages, according to the regional transport department. (Xinhua/Jigme Dorje)