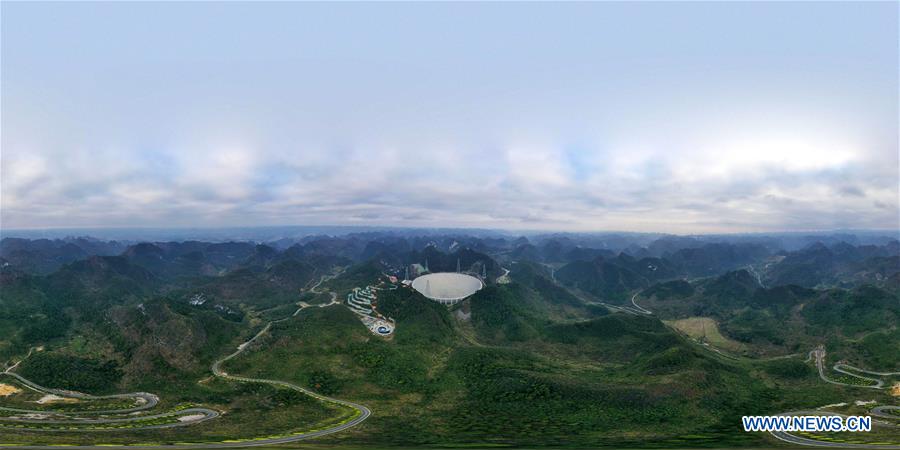 Panoramic photo taken on Jan. 11, 2020 shows China's Five-hundred-meter Aperture Spherical radio Telescope (FAST) under maintenance in southwest China's Guizhou Province. China completed commissioning of the world's largest and most sensitive radio telescope on Saturday, putting it into formal operation after a productive three-year trial. The telescope will gradually open to astronomers around the globe, providing them with a powerful tool to uncover the mysteries surrounding the genesis and evolutions of the universe. (Xinhua/Ou Dongqu)