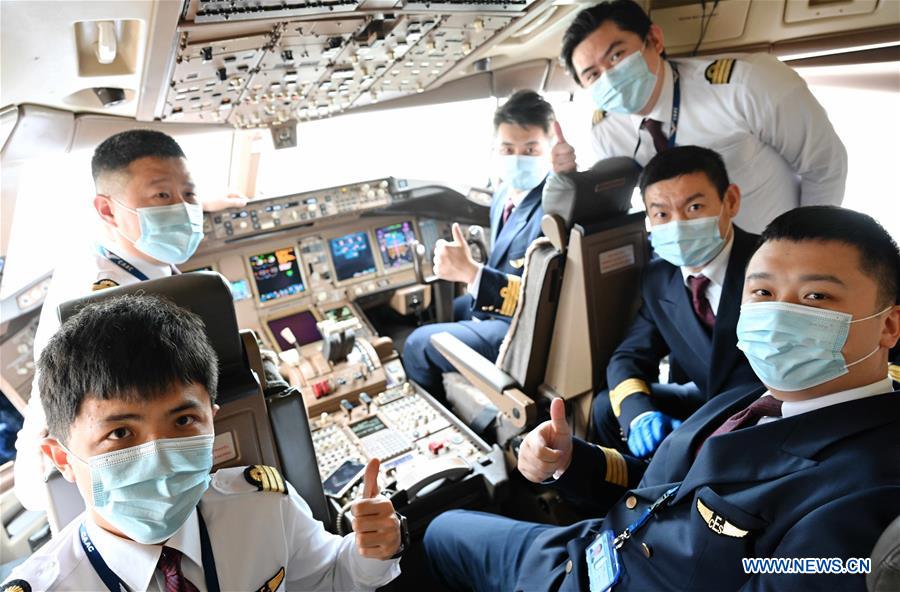 Flight crew pose for a photo before leaving for Italy in a flight deck in Fuzhou, southeast China's Fujian Province, March 25, 2020. A team of 14 medical experts from eastern China's Fujian Province departed on a chartered flight to Italy on Wednesday morning to aid the European country's fight against the COVID-19 outbreak. Previously, China had sent two medical groups with a total of 22 people along with more than 20 tonnes of medical supplies to support Italy's epidemic fight. (Xinhua/Wei Peiquan)