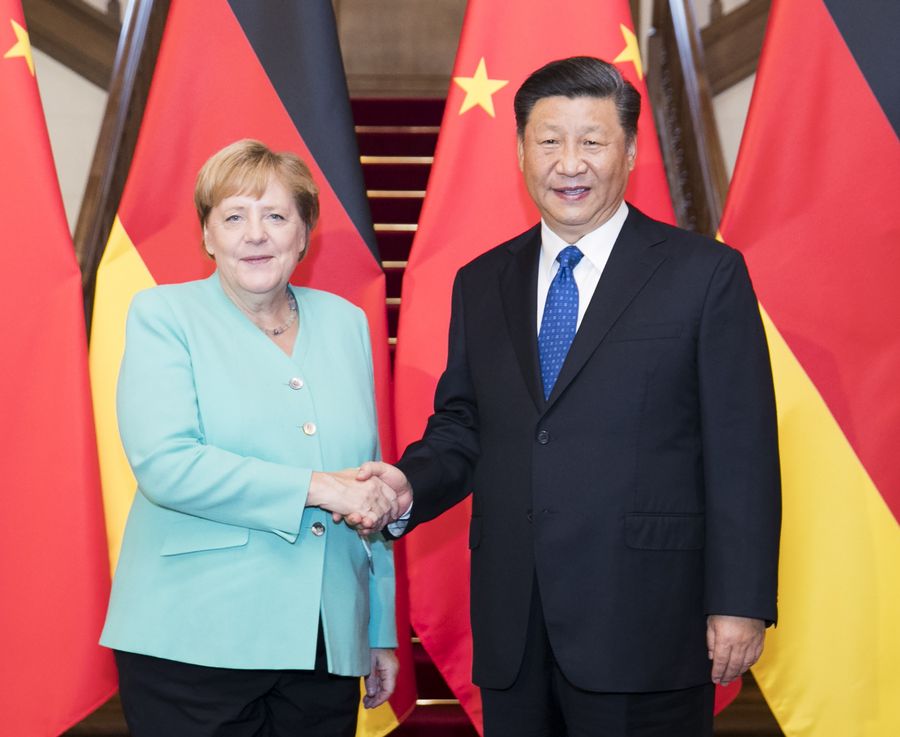 China is willing to share prevention, control and treatment experience with Germany, strengthen cooperation in vaccine and drug research and development, and contribute to the health and wellbeing of both peoples and global public health security, said Xi in a telephone conversation with German Chancellor Angela Merkel.

BEIJING, March 26 (Xinhua) -- Chinese President Xi Jinping said on Wednesday that China is ready to work with all other parties to step up coordination against COVID-19 and shore up confidence in the international community.

Xi made the remarks during a telephone conversation with German Chancellor Angela Merkel ahead of an extraordinary virtual summit of the Group of 20 (G20) leaders on a coordinated response to the COVID-19 pandemic.

The Chinese president noted that Merkel has expressed to the Chinese side sympathies and support, and the German government and various sectors in the country have extended their helping hand in the early days of the outbreak in China, saying that the Chinese people will remember that in their hearts.

Germany is now facing a serious challenge from the epidemic, and the Chinese people feel the same way, said Xi, adding that China firmly supports Germany in its fight against the epidemic and is willing to continue to provide assistance within its capacity.

He also said that the Chinese and German experts have already had video exchanges, and German experts have also travelled to China with the World Health Organization expert team, adding that China is willing to share prevention, control and treatment experience with Germany, strengthen cooperation in vaccine and drug research and development, and contribute to the health and wellbeing of both peoples and global public health security.

"May you lead the German people to overcome the epidemic as soon as possible," Xi said. 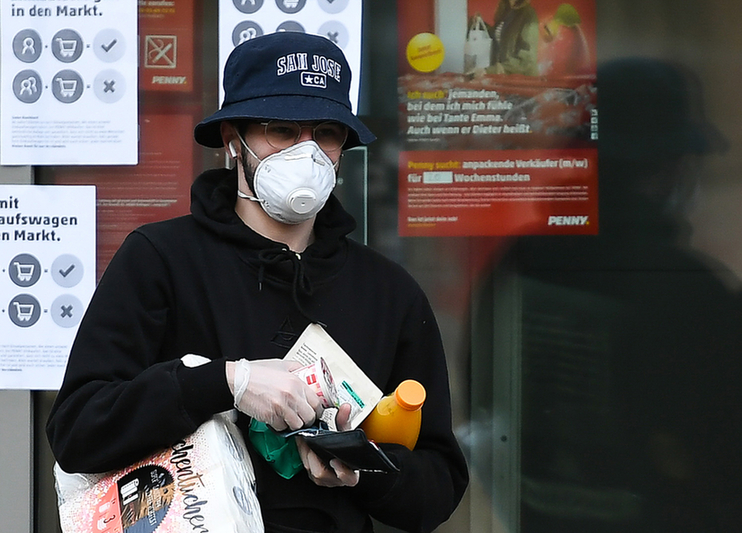 Viruses know no borders and are a common challenge faced by humanity, Xi said, adding that no country can stay out of or be immune from the epidemic.

In the battle against the outbreak, China and Germany, as well as China and the European Union (EU) have demonstrated the strength of solidarity and cooperation, and displayed positive energy, Xi said.

Noting that the extraordinary G20 summit is about to be held, Xi said that the Chinese side is ready to work with all sides, including Germany, to step up coordination and speak with one voice to advocate the spirit of sharing the same boat and jointly fight the COVID-19 epidemic, so as to shore up confidence in the international community.

He also proposed that all sides should give consideration to both the present and the long term, coordinate domestic effect and global impact, strengthen macroeconomic policy coordination, stabilize markets, ensure growth, promote employment and people's livelihood, and at the same time push for market opening to ensure openness, stability and safety of the global supply chains. 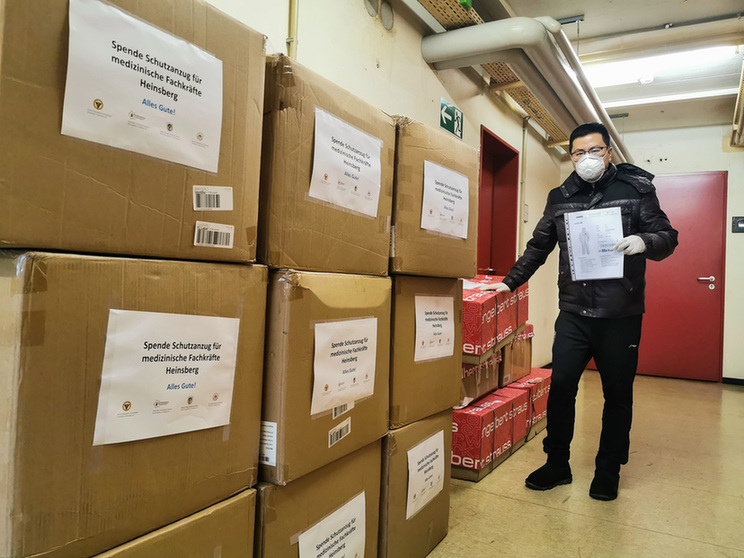 A volunteer stands next to packages containing protective suits in Heinsberg, Germany, on March 6, 2020. A group of overseas Chinese living in Frankfurt, Germany have sent some 900 protective suits, packed in 25 boxes, to Heinsberg, a German region heavily hit by COVID-19. (Photo by Liu Yang/Xinhua)

Xi stressed that the two sides should continue to conduct key political agenda planning, further advance communication and collaboration in various fields, guarantee the stability of China-Germany, China-EU production chains and supply chains, and explore the potential for cooperation in emerging industries, so as to mitigate shocks caused by COVID-19.

For her part, Merkel said as Europe is facing a grim epidemic situation, Germany has been taking decisive measures to contain the outbreak, adding that the German side is grateful for the timely and precious help China has offered, and hopes to cooperate with China in the research and development of vaccines and medicines, so as to set an example of fighting against COVID-19 with solidarity.

The German side advocates that the international community should respect facts, uphold an objective and fair stance, and overcome the outbreak through cooperation, she said.

Merkel called on the G20 members to strengthen coordination and cooperation, support each other, and play a leading role in overcoming the current crisis and stabilizing the global economy.

The German side looks forward to further enhancing Germany-China, EU-China exchanges and cooperation after the pandemic, she said.