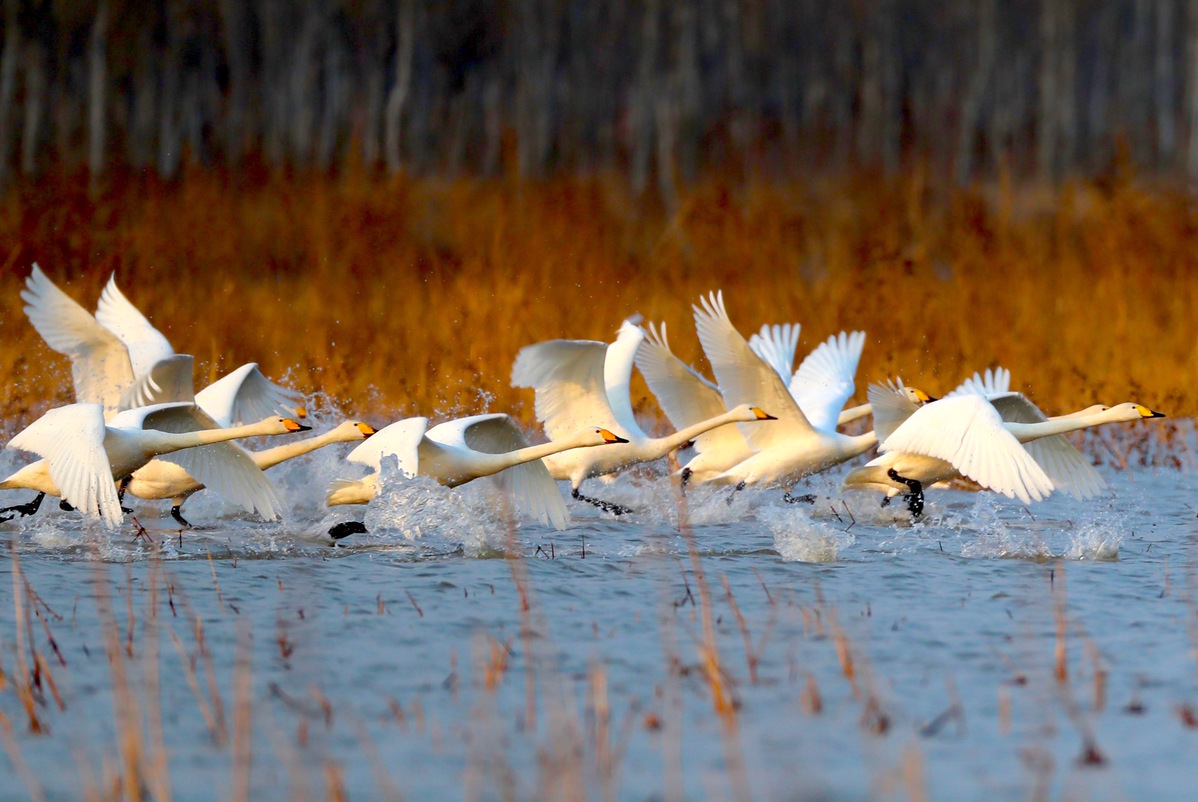 Workers are not the only kind of migrants who make a stop in Beijing. Some 1.4 million migrant birds glided past China's capital early this week, according to data collected from 88 monitoring stations of the Beijing Gardening and Greening Bureau.

Every year during spring, a large number of migrating birds — around 300 species — wing their way over and through the city, creating some surprising natural scenery in the capital.

More than 1,000 swans came to Beijing this spring. Some rare birds species were also found, including Oriental white storks.