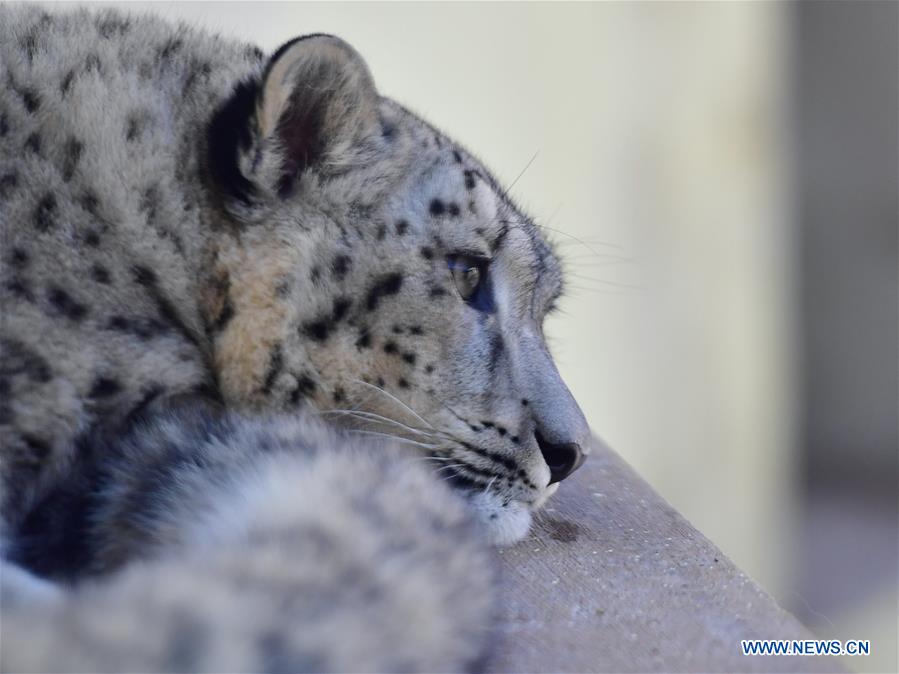 Born last May to their mother Er'bao, a 13-year-old adult snow leopard rescued in 2007, the twin sisters, respectively weighing about 25.5 kg and 23.5 kg, are the only existing captive-bred snow leopard twins in China, said Qi Xinzhang, vice director of the park.

Wild snow leopards usually live in alpine regions at an elevation of over 3,500 meters, which has put forward strict requirements on temperature and humidity for captive ones, Qi noted.

The park established the country's first and only breeding base for snow leopards in 2010, which includes nine houses and a playground of 1,800 square meters.

"The birth of these two cubs shows the artificial breeding of the species is maturing, which not only helps increase the population of captive snow leopards but also better protect the felines," Qi said.

Snow leopards are a Class A protected animal in China and are classified as vulnerable by the International Union for Conservation of Nature. They mainly inhabit the Himalayas in central and southern Asia at an altitude of 2,500 to 4,500 meters.