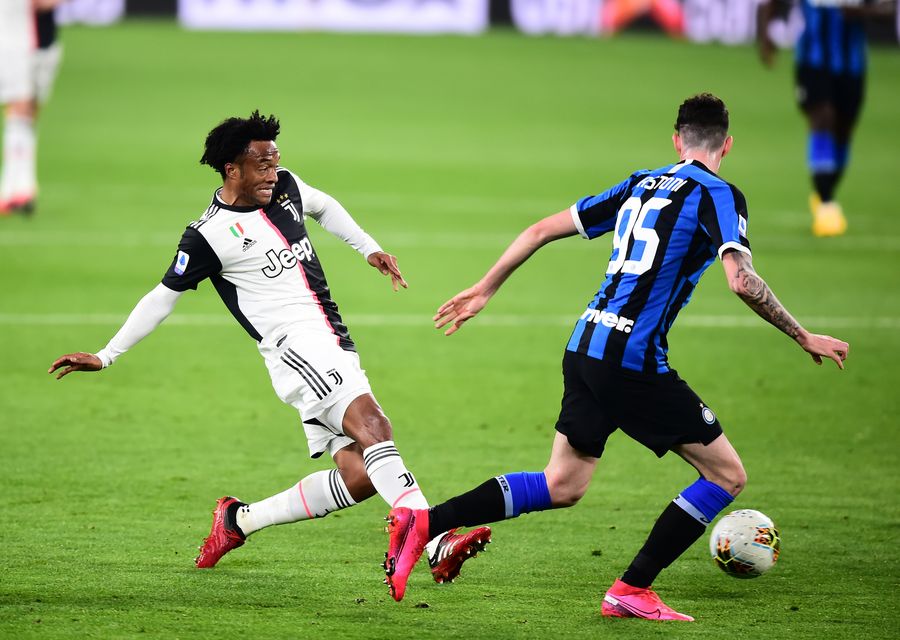 Juan Cuadrado (L) of Juventus vies with Alessandro Bastoni of Inter Milan during the Italian Serie A soccer match between Juventus and Inter Milan in Turin, Italy, March 8, 2020. (Str/Xinhua)

The teams in Italy's top football league voted Wednesday to restart the season on June 13, pending government approvals and rules on medical protocols.

ROME, May 13 (Xinhua) -- After a vote in favor of a return to action, clubs and fans alike await the approval from politicians and medical experts.

The vote is the biggest step yet toward reopening the Serie A season suspended under the terms of Italy's ten-week-old national coronavirus lockdown. The government is still debating the measures that must be put into place in order for the season to play out the remainder of its schedule.

This is the first time league members have decided on a specific date they want to restart the season. 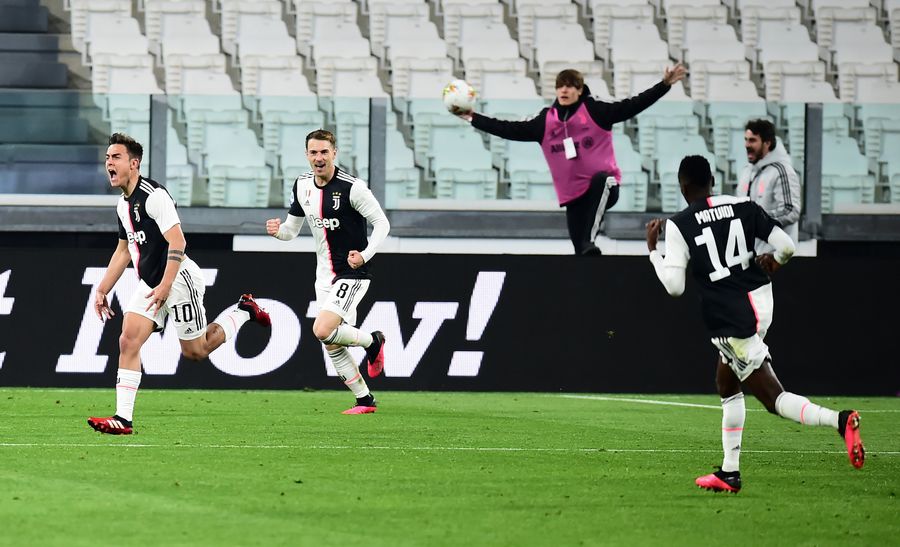 Paulo Dybala (1st L) of Juventus celebrates after scoring during the Italian Serie A soccer match between Juventus and Inter Milan in Turin, Italy, March 8, 2020. (Str/Xinhua)

The final games before the lockdown were played on March 8, the day before Prime Minister Giuseppe Conte announced the country's nationwide lockdown. A total of 114 scheduled regular-season games have been left un-played.

The vote now puts the ball on the government's side of the field, to decide on the terms and protocols that must be followed for the league to restart. Before Wednesday's league vote, Italian Minister of Sport Vincenzo Spadafora echoed the terms agreed to by the Serie A teams a few hours later, saying that play could only restart "when safety measures and protocols are respected." Spadafora did not say when those protocols would be finalized. ■