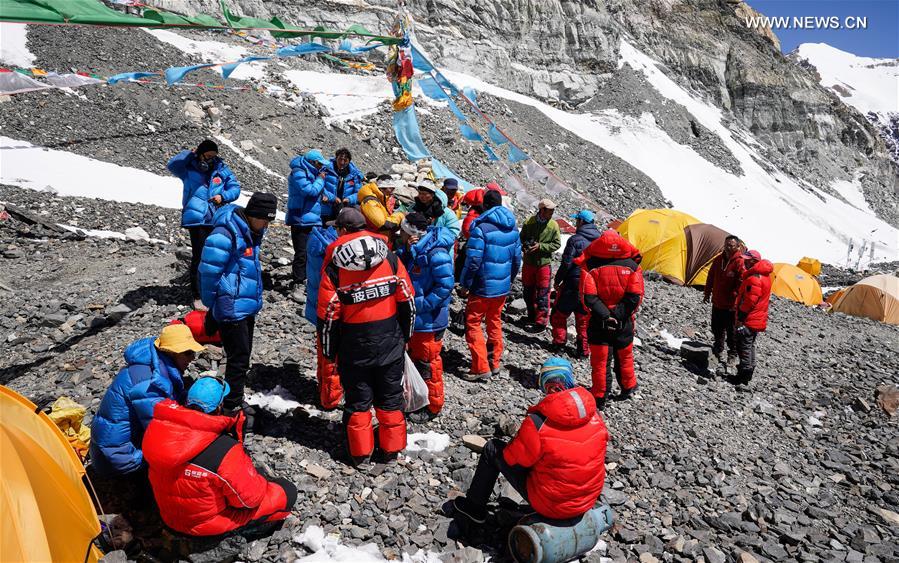 Team members are seen at the advance camp at an altitude of 6,500 meters on Mount Qomolangma, May 18, 2020. A Chinese mountaineering team on Monday released a list of 12 people, including two surveyors, who will climb to the peak of Mount Qomolangma. If everything goes smoothly, they will arrive at the peak on May 22 to conduct surveys in gravity, global navigation satellite systems, weather and depths of ice and snow. Chen Gang and Wang Wei, both of whom are surveyors from the Ministry of Natural Resources, are on the list. If either of them manages to arrive at the peak, it will set a record for Chinese surveyors setting foot on the world's highest mountain peak, according to the team. The names of a support squad and a backup squad were also released on Monday. (Xinhua/Tashi Tsering)