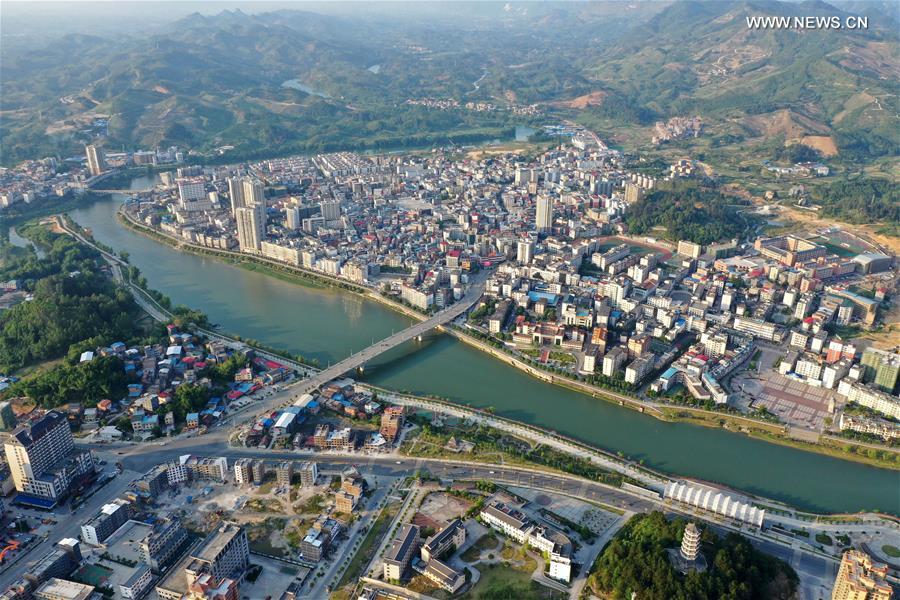 Aerial photo taken on May 14, 2020 shows a view of the county seat of Huanjiang Maonan Autonomous County, south China's Guangxi Zhuang Autonomous Region. The Maonan ethnic group is one of China's 28 ethnic groups with a smaller population. About 70 percent of Maonan people, or 64,500, live in Huanjiang County, south China's Guangxi Zhuang Autonomous Region. The poverty headcount ratio in Huanjiang dropped to 1.48 percent by the end of 2019. In May of 2020, the county was removed from the country's list of impoverished counties. Based on the Maonan people's poverty alleviation situation across the country, the ethnic group has gotten rid of poverty as a whole. (Xinhua/Lu Boan)