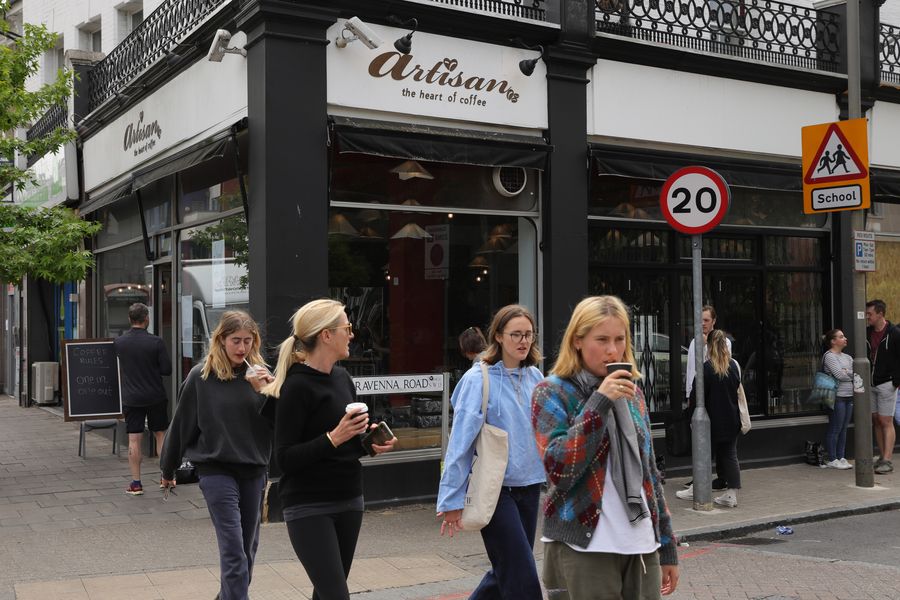 People walk past a coffee shop in London, Britain, May 17, 2020. (Photo by Tim Ireland/Xinhua)

BRUSSELS, May 24 (Xinhua) -- The following are the latest developments of the COVID-19 pandemic in European countries.

LONDON -- Another 118 COVID-19 patients have died in Britain as of Saturday afternoon, bringing the total coronavirus-related death toll in the country to 36,793, British Prime Minister Boris Johnson said Sunday.

The figures include deaths in all settings, including hospitals, care homes and the wider community.

Chairing Sunday's Downing Street daily press briefing, Johnson confirmed that primary schools in England will partially reopen from June 1, including the reception, year one, and year six in primary schools. 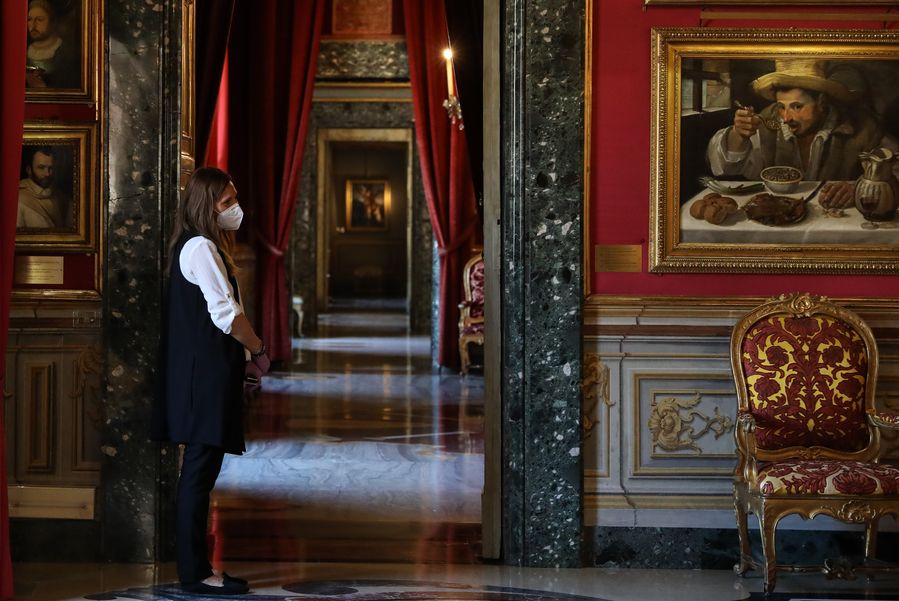 A staff member reminds visitors to keep social distancing at the Colonna Palace in Rome, Italy, May 23, 2020. (Xinhua/Cheng Tingting)

ROME -- Italy recorded just 50 deaths from COVID-19 Sunday, its lowest daily death toll since the COVID-19 outbreak's earliest days, though the hard-hit northern region of Lombardy did not update its death-toll data for the last 24 hours.

The overall trend for the death toll has been improving in recent weeks. After reaching a one-day high of nearly 1,000 in late March, numbers have gradually decreased.

Earlier this week, the number was 99, the first time in double digits since the country recorded 97 deaths on March 9, the day Prime Minister Giuseppe Conte announced the nationwide lockdown, effective the following morning.

Officially, Sunday's total of 50 deaths was the lowest since the country saw only 36 deaths on March 7. 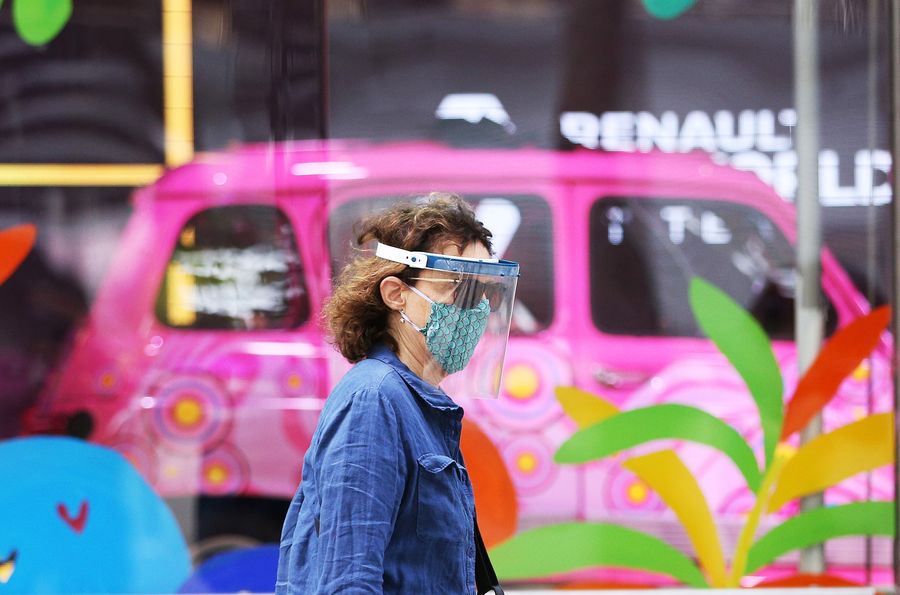 A woman wearing a mask and a face shield at the Champs Elysees Avenue in Paris, France, May 22, 2020. (Xinhua/Gao Jing)

PARIS -- The number of patients hospitalized for the COVID-19 infection in France rose by seven to 17,185 in the last 24 hours, the first such increase since mid-April, according to data released on Sunday by the Health Ministry.

The number of patients in intensive care continued the downward trend, falling by 10 to 1,655.

The number of confirmed cases, meanwhile, rose to 144,921, an increase of 115 -- the lowest daily increase since mid-March. 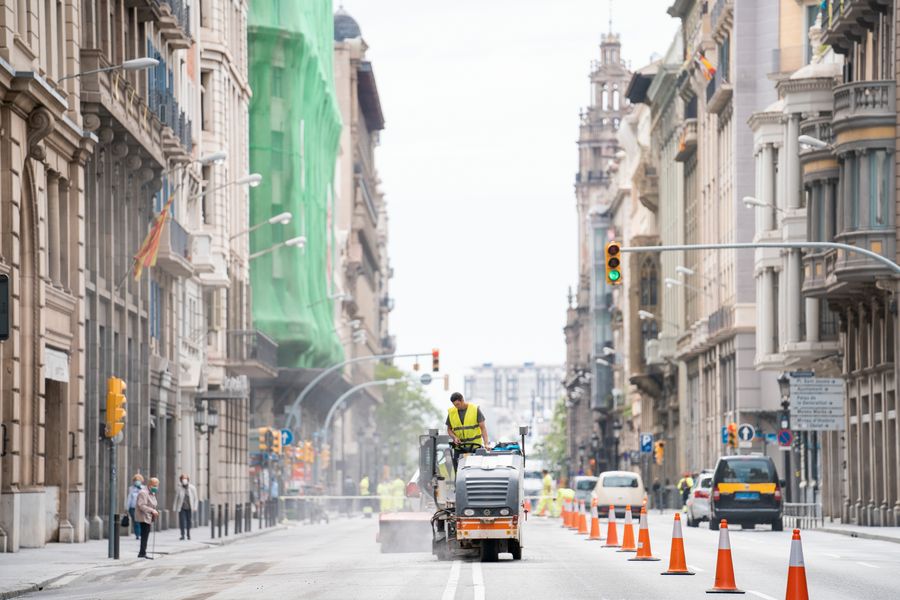 An operator modifies the circulation of vehicles to widen the sidewalks and ensure social distancing on pedestrians in Barcelona, Spain, May 19, 2020. (Barcelona City Hall/Handout via Xinhua)

MADRID -- The coronavirus death toll in Spain rose by 70 to 28,752, according to the Spanish Ministry of Health, Consumer Affairs and Social Welfare on Sunday.

According to the ministry, 70 people lost their lives in the 24 hours until midnight on Saturday, 22 more than the number reported a day earlier.