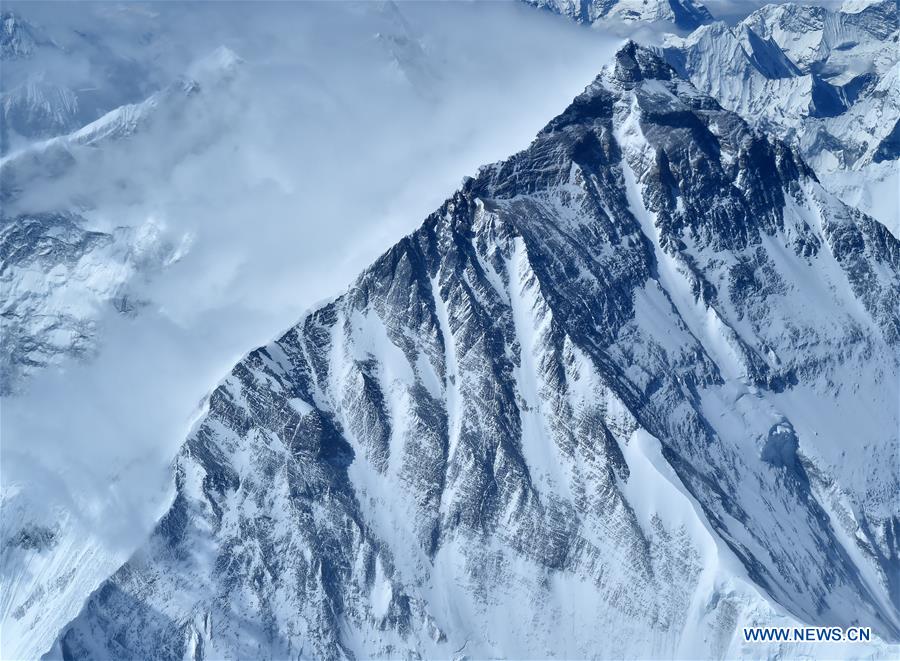 Mount Qomolangma, the world's highest peak, is seen in this aerial photo taken on May 14, 2020. A Chinese surveying team reached the summit of Mount Qomolangma on Wednesday morning to conduct a series of surveys on the pinnacle of the planet. After summiting, team members began erecting a survey marker on the snow-covered peak, which measures less than 20 square meters. (Xinhua/Chogo)