Slippery salamanders back from the brink 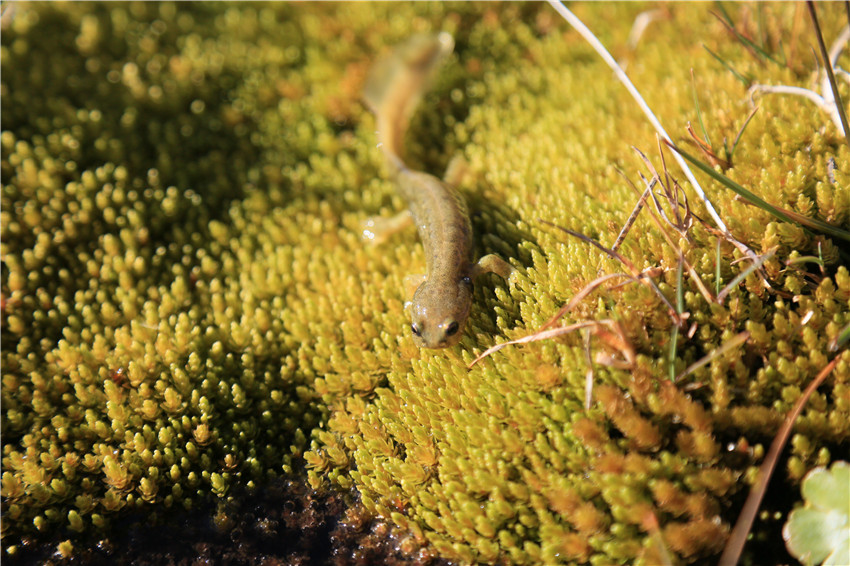 The number of the endangered Xinjiang salamanders had increased to more than 3,000 as of the end of 2019 in Xinjiang Uygur autonomous region. [Photo provided to chindaily.com.cn]

The number of endangered Xinjiang salamanders had increased to more than 3,000 as of the end of 2019 from their low point of less than 100 in 1998, according to the Xinjiang Salamander National Nature Reserve.

The amphibians are also known as Central Asian salamanders.

"When the government of the Xinjian Uygur autonomous region created the reserve in Wenquan county in Bortala Mongolian autonomous prefecture in 1997 livestock grazing was banned and the salamander population gradually recovered," said Ji Xiaowei, a senior staff member at the reserve. "The grasslands and wetlands can support them now."

The reserve has been upgraded with the introduction of artificial propagation in recent years. "Now, the hatch rate is about 99 percent and the rate of survival is above 90 percent," Ji said.

The amphibian, which grows to about 20 centimeters, is native to the wetlands in the border region of China and Kazakhstan. It was listed as an endangered species under national second-class protection in 1998 as the number in Xinjiang had dropped precipitously.

To raise awareness and protect the species, China invested some 8 million yuan ($1.18 million) in 2016 to set up a local salamander science and education center, CGTN reported.

Using digital projections, the center recreates the living environment of the salamanders 300 to 400 million years ago.