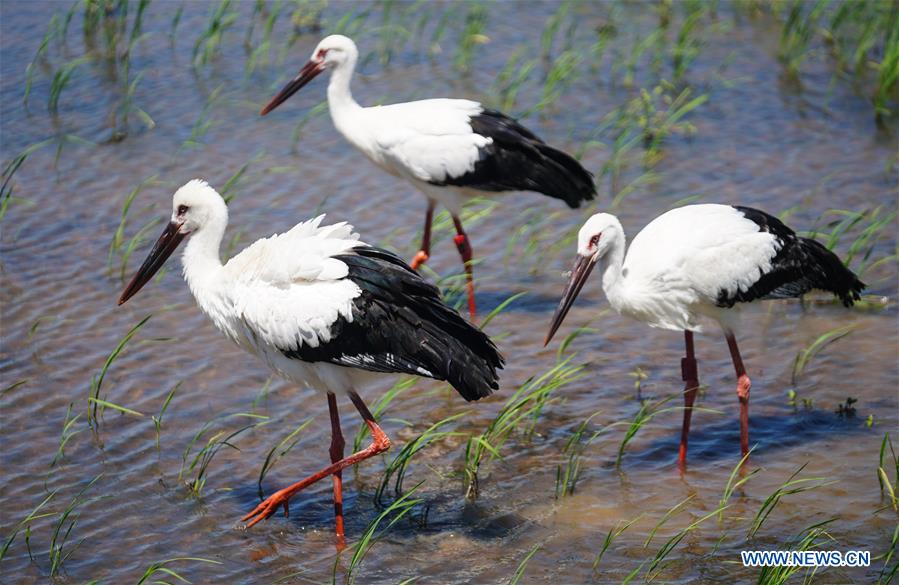 Oriental white storks forage after being released on the banks of Poyang Lake in Wannian County, east China's Jiangxi Province, June 17, 2020. Three rare oriental white storks were released into the wild on Wednesday on the banks of Poyang Lake, China's largest freshwater lake in the eastern province of Jiangxi, after being rescued more than two months ago. On April 1, staff from a local electricity company found three baby oriental white storks in a nest on a high-voltage electrical tower. The storks were found starving and sent to the wild animals and plants rescue center under Jiangxi Academy of Forestry. Over a period of two months, they received veterinary treatment and field-survival training at the center. Prior to release, they were in good condition and able to fly, according to the center. (Xinhua/Zhou Mi)