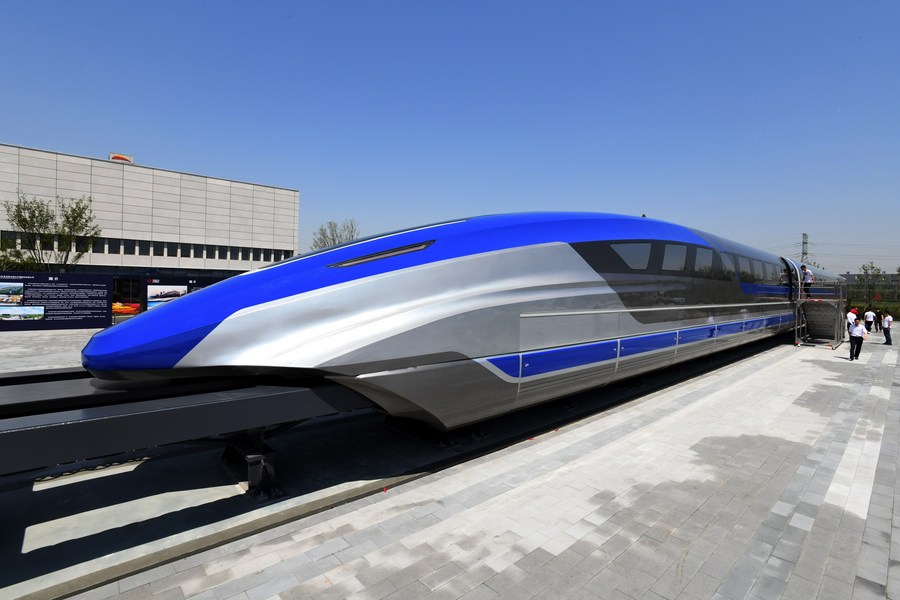 The testing prototype, which has only one car, can check and optimize the key technologies and core system components of the high-speed maglev system and lay a technological basis for the forthcoming engineering prototype, according to CRRC Qingdao Sifang Co., the train maker headquartered in eastern China's Shandong Province.

During Sunday's first trial-run on a maglev test line, more than 200 components, including working conditions of turnouts, small curves and ramps, were analyzed, the company said.

The prototype magnetic-levitation train was manufactured in the company's production line in the city of Qingdao, Shandong, in May. 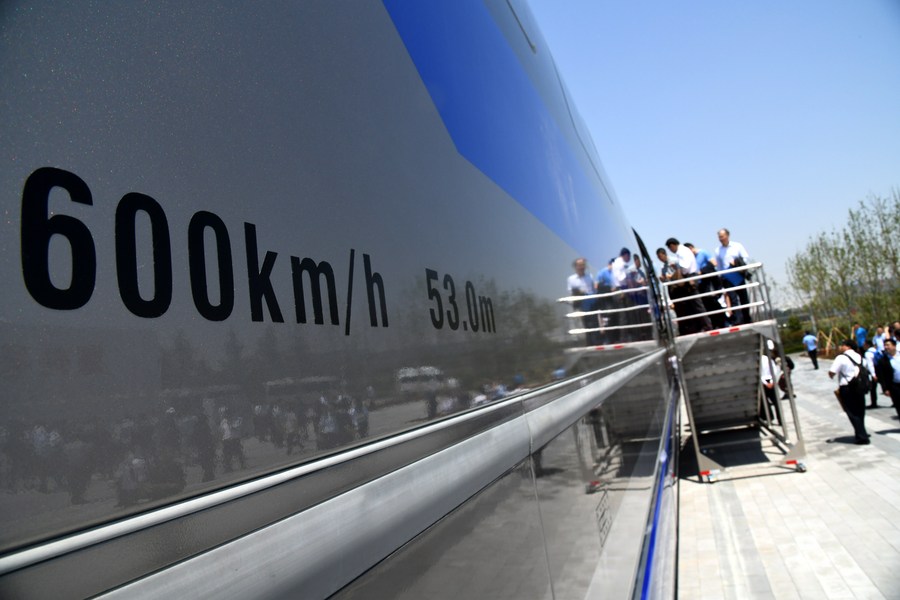 He said that high-speed maglev transportation is a coupling system of four major parts: vehicles, traction power system, operation control communication and line tracking. Through the prototype test, the interface relationship of a high-speed maglev system under dynamic conditions can be preliminarily verified, providing support for the verification and optimization of the system's performance and its core components.

The company said the research and development of a five-car engineering prototype of the high-speed maglev are going smoothly. It is scheduled to roll off the production line in 2020.

Maglev trains generate less noise due to the absence of wheel-rail friction. Besides, their minimum turning radius is only half that of a subway, allowing it to better bypass buildings in route planning. ■