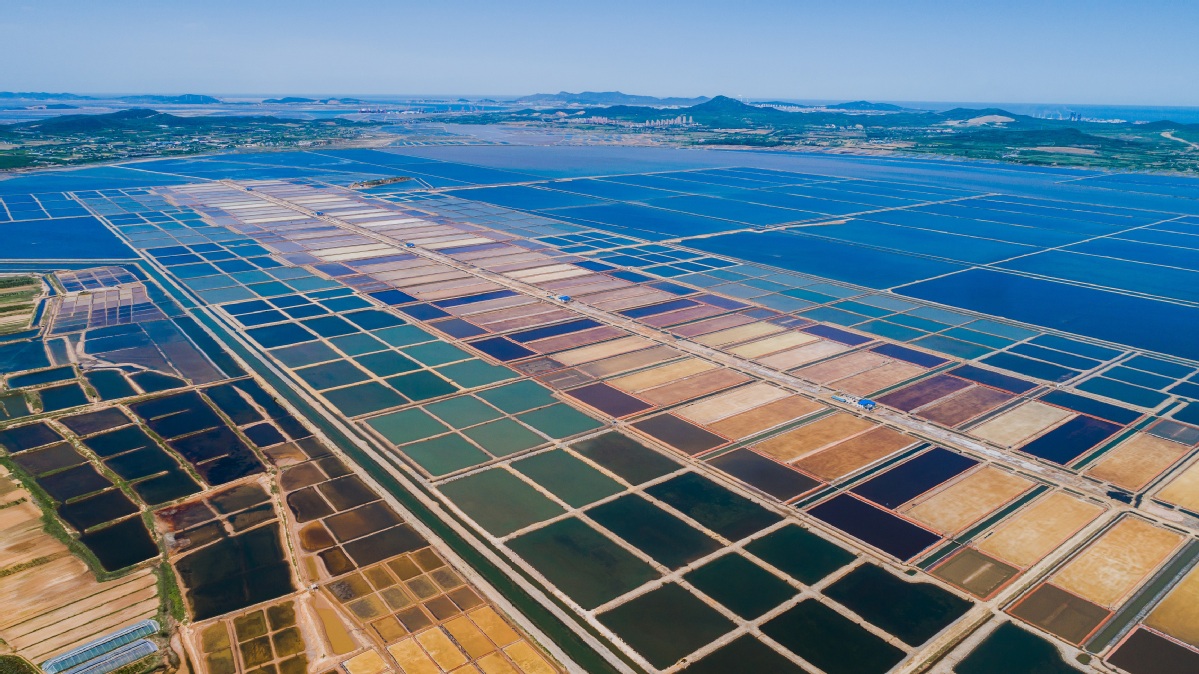 The saltworks, which cover an area of more than 7 sq km, look colorful because of the difference in salinity of each salt pan, and the different brine algae (green algae, red algae) and organisms growing in it.