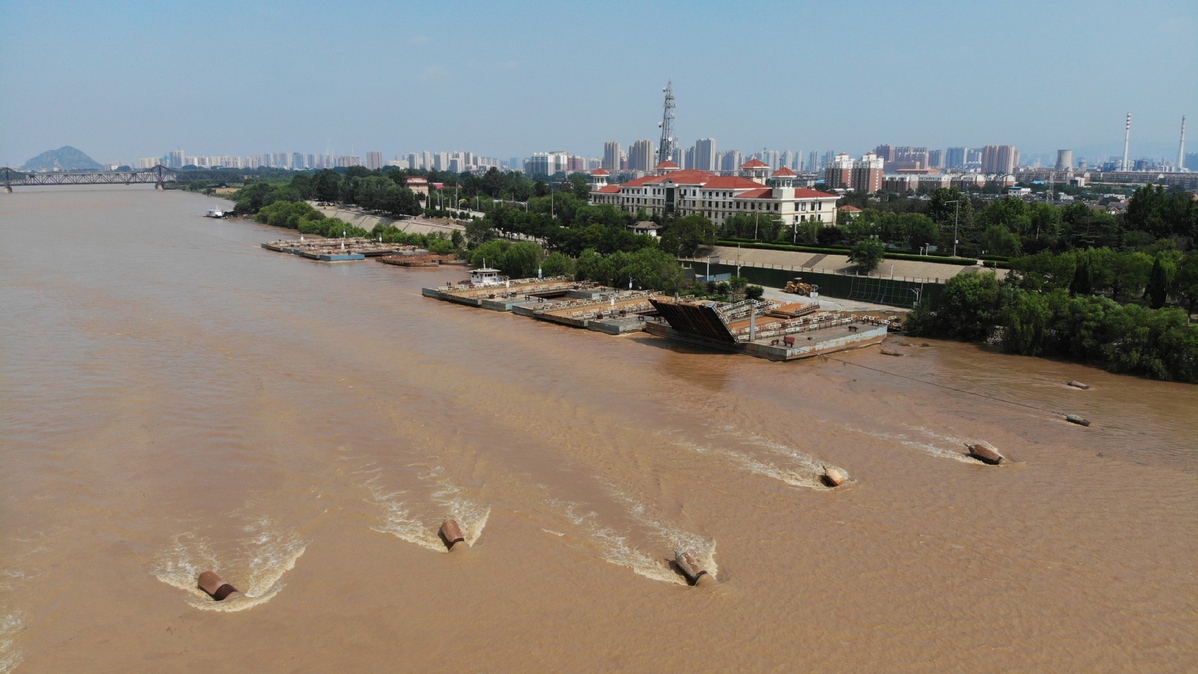 The State Flood Control and Drought Relief Headquarters has dispatched work teams to the provinces of Hunan, Hubei, and Anhui to guide relief work, the ministry said.

The ministry added that the work of flood control, emergency rescue, and disaster relief is at a crucial stage at the moment.

Local authorities were urged to step up the monitoring of weather, remain alert for possible disasters caused by rainstorms, and guarantee the safety of the public, according to the ministry.

The Three Gorges Dam on Thursday saw the arrival of the Yangtze River's first flood of the year, with a flow rate of 50,000 cubic meters of water per second.

The water level in Taihu, the country's second-largest freshwater lake, has risen above the warning level, while water levels in the middle and lower reaches of the Yangtze River, Dongting Lake, and Poyang Lake are higher than usual.