The Chinese women's national volleyball team just finished their four-month intensive training. With the 2020 Tokyo Olympic Games pushed back for a year, the team's coach, Lang Ping, arranged a short break to allow the ladies to adjust before coming back for the next season next week.

Asked about the rationale behind taking a break, Lang Ping said changes had to made as soon as possible, not just to give the players some time to rest but also to help them mentally adjust to the long training period.

"Because there is no competitions, training is very hard to go on every day for months," Lang explained. "Normally, you train for a while and then join the competition. Then you can see what is going on there. You can make adjustments for your next training. But right now, it seems that this training can be really long."

China defeated Serbia 3-1 in the final at the Summer Olympics in Rio de Janeiro in 2016, pocketing its first Olympic gold medal after a 12-year dry spell. The team had been training hard to hit that goal again at the Tokyo 2020, only to be told the Games were pushed back due to the COVID-19 pandemic. 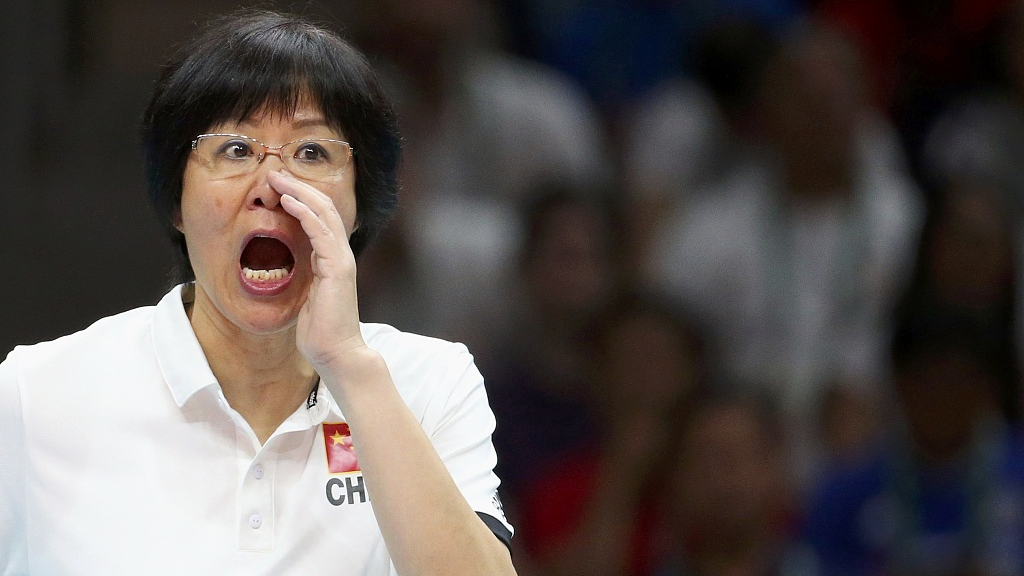 Lang Ping reacts on the sidelines of the court during the 2016 Rio Olympics Women's Volleyball gold medal match between China and Serbia in Rio de Janeiro, Brazil, August 20, 2016. /VCG

"The motivation goes down. You were counting; there was a hundred and thirty days, and suddenly, it was 430 days, or even more. So you just go, hey, wait a minute, what's going on here," Lang said.

It is a difficult situation for the Chinese women's national volleyball team, but luckily for them, they have Lang as head coach, and she knows better than anyone how to train hard and be persistent and patient in harsh situations.

"When I was young, we've been training like this way. Of course, it was like 30 years ago," said Lang, who was the ace spiker with the Chinese women's volleyball team during the 1980s. The team had an incredible winning streak in the '80s, taking earning several top awards, including the gold medal at the 1984 Olympic Games and two World Championships in 1982 and 1986.

"As the coach, you have to get the right rhythm. (It is important to know) what you can talk to the players, what they may think," Lang said.

"It is very important how you arrive for every tournament," she said. "We are looking for, hopefully, for the Olympic Games, we can still have a chance to go to the medal round."

"We don't like to say much about what just happened. You don't want to see the history. You want to look forward. Just concentrate going your own way," she said. 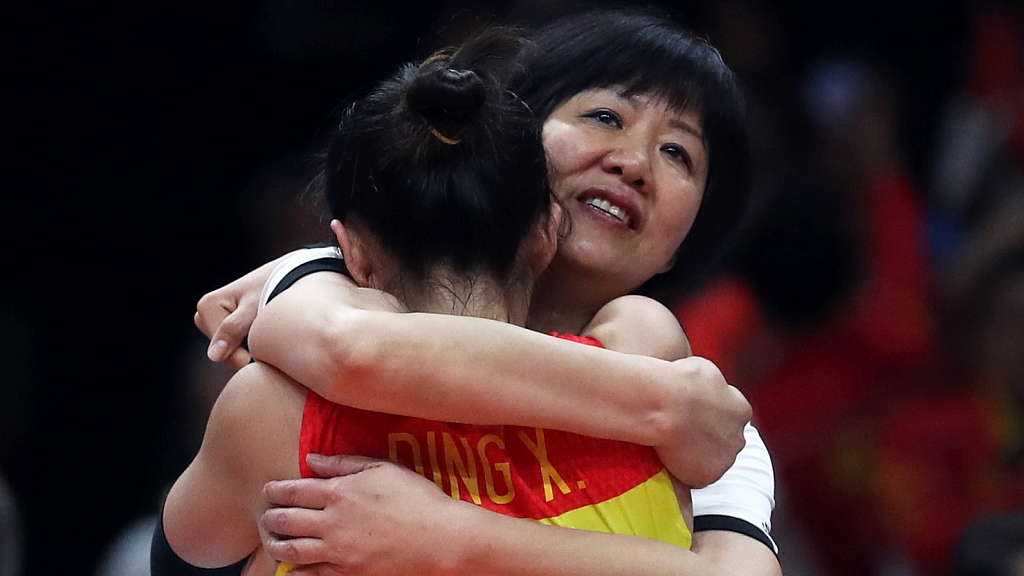 Lang will be 60 by the time the postponed Tokyo Olympics finishes. She has already confirmed that she will retire after the Games next year and said she plans to travel and spend time with her family.

"I hope I am still healthy. I have more years to travel, to have a life with my daughter or her family. A lot of thinking, a lot of future. I want to plan to enjoy life," she said.

When asked if there is any possibly that she would change her mind and continue coaching upon completion of the Games, Lang laughed it off at first, saying, "I don't think so. It is going to be very hard decision to continue."

But she later left a little bit of leeway and said half-jokingly, "Okay, I will keep a little door open."

Lang attributes to her success to two things. "One, I love volleyball. It's my life. I have been through so many moments. Of course, I collect a lot of experience," she said.

"The second is I have those experience to give to the team. Also, I was an athlete; it is a very important experience. So, you can put your experience through their position to think what they might achieve. You better see their future and have very strong confidence in them to push them to achieve their goal."

"I always want to do my best, and I look forward to the players doing their best every day," Lang said.