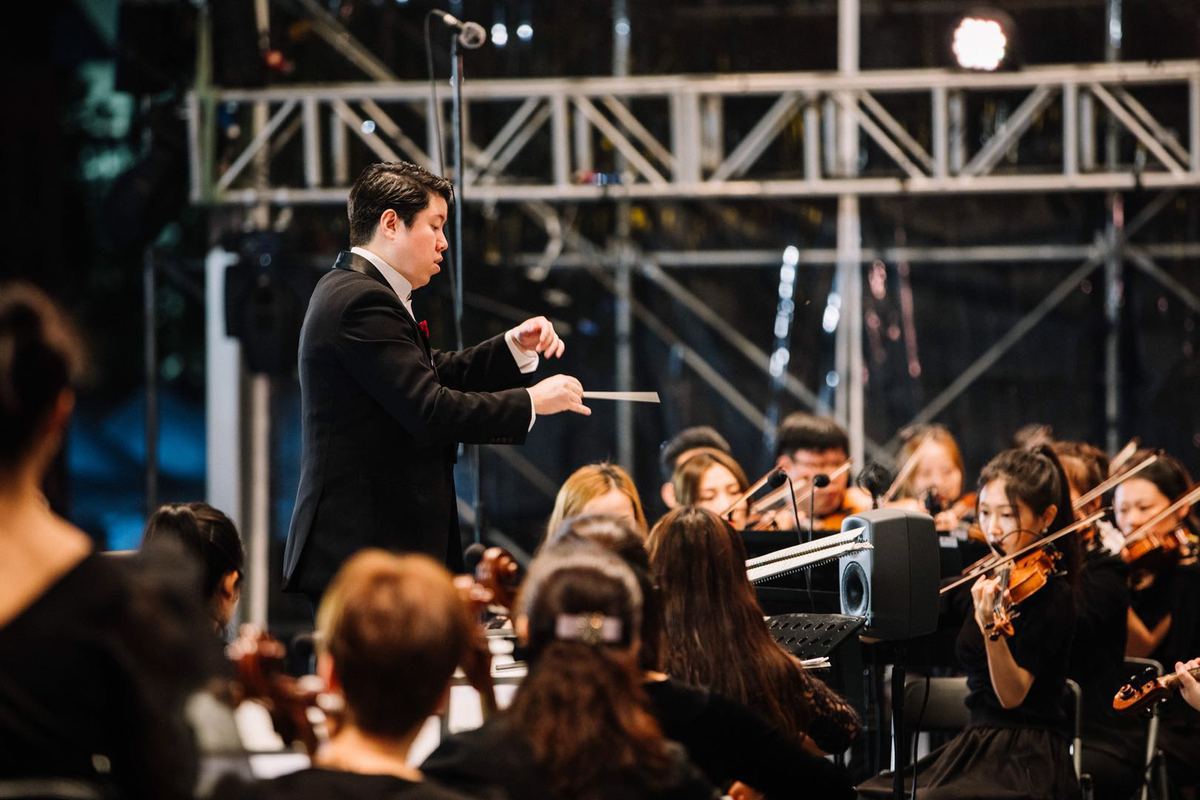 Pianist Zhang Haochen performed Sergei Rachmaninoff's Rhapsody On A Theme of Paganini along with the orchestra.

The concert was also broadcast online, which attracted over 5.6 million viewers.

Founded in 2012, the orchestra has recruited musicians from around the country, mostly those younger than 30. To bring classical music closer to the public, it has been looking at different types of performance. For example, the orchestra has held outdoor concerts at landmark sites in Xi'an, such as the Terracotta Warriors Museum and Huashan Mountain.