UN Security Council returns to its own chamber for meeting 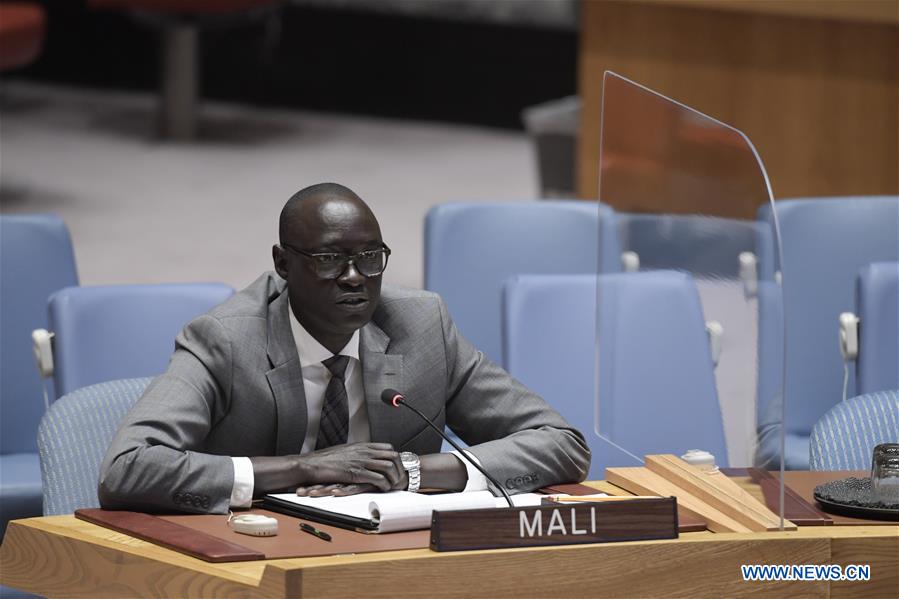 Issa Konfourou, Malian permanent representative to the United Nations, addresses the Security Council meeting on the situation in Mali at the UN headquarters in New York, on Oct. 8, 2020. The Security Council on Thursday returned to its own chamber for an in-person meeting, the first time in almost seven months after a lockdown from the coronavirus. (Evan Schneider/UN Photo/Handout via Xinhua)

UNITED NATIONS, Oct. 8 (Xinhua) -- The Security Council on Thursday returned to its own chamber for an in-person meeting, the first time in almost seven months after a lockdown from the coronavirus.

At the beginning of the meeting on Mali, Russian ambassador Vassily Nebenzia, who chaired the meeting as president of the Security Council for the month of October, thanked council members for agreeing to return to the venue.

As a precautionary measure, partitions were installed between the seats of the delegations in the Security Council Chamber. All participants were asked to wear masks.

During Thursday's meeting, only one representative for each delegation was sitting at the horseshoe-shaped table, leaving the two rows of blue seats behind them empty. The only exception was the presidency spot, where two seats were taken. Several representatives kept their masks on even when they were making statements. Several speakers thanked the Russian delegation for bringing the council back to its chamber.

Despite the reopening of the Security Council Chamber, the council will still be holding virtual meetings, especially for the open debates, which may involve high-level turnout, said Nebenzia last week.

The virtual mode forced the Security Council to shift to interim procedures for the conduct of its business, including how the agenda was agreed on and how resolutions were adopted. No interpretation between languages was made available in the virtual meetings.