"The Peony Pavilion" performed at Lingering Garden in Suzhou 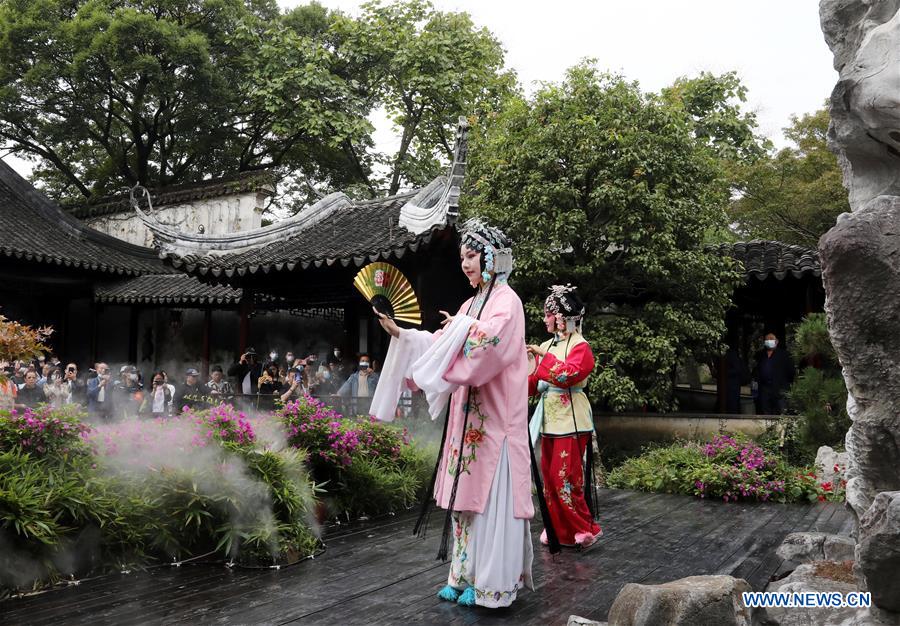 Actresses perform Chinese Kunqu masterpiece "The Peony Pavilion" at the Lingering Garden in Suzhou, east China's Jiangsu Province, Oct. 7, 2020. Written by Chinese playwright Tang Xianzu (1550-1616) of the Ming Dynasty (1368-1644), it tells the story of the romance between a daughter of a wealthy official and a talented but poor young scholar. The play has been staged overseas many times. Kunqu, with a history of hundreds of years, is listed by the United Nations Educational, Scientific and Cultural Organization (UNESCO) as an intangible cultural heritage. (Photo by Hang Xingwei/Xinhua)