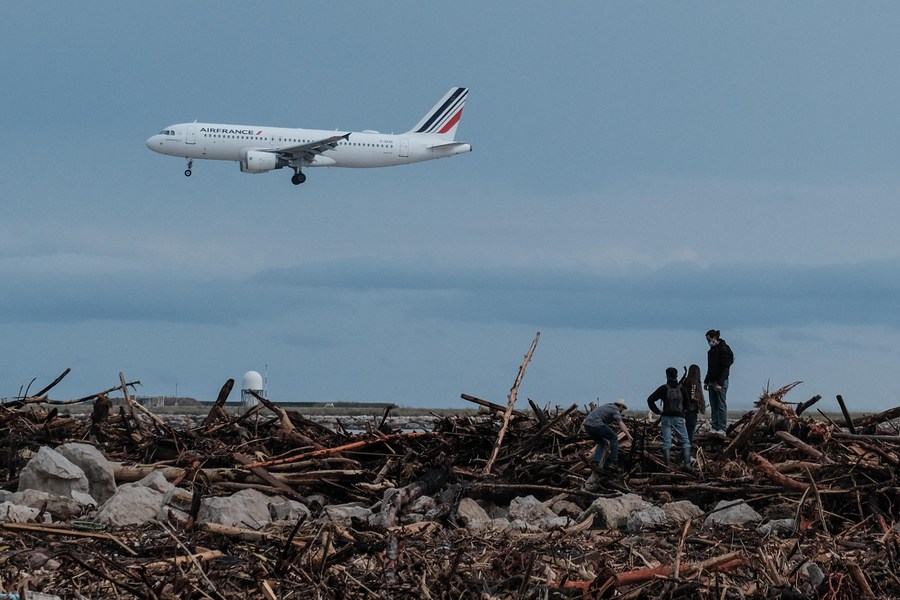 Photo taken on Oct. 4, 2020 shows a beach after a storm in Saint-Laurent-du-Var, near France's southern coastal city of Nice. Flash floods that struck France's southeast region of Alpes-Maritimes over the weekend have so far left two people dead and 20 others missing, local authorities said on Monday. (Photo by Serge Haouzi/Xinhua)

"Bad situations only get worse without good disaster risk governance," the UN chief said in a message commemorating the International Day for Disaster Risk Reduction, which falls on Oct. 13. 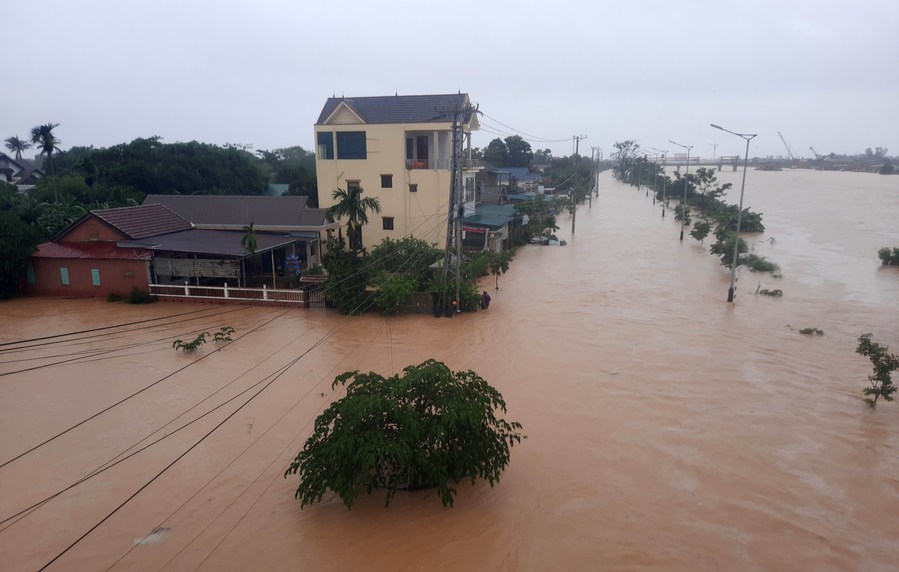 Noting that disaster risk isn't the "sole responsibility" of local and national authorities, Guterres highlighted the need for political commitment at the highest level to deliver on the Sustainable Development Goals (SDGs) and the Sendai Framework for Disaster Risk Reduction.

The secretary-general also referred to the coronavirus pandemic and its impact, highlighting that lessons from the global crisis can be applied to strengthen disaster risk governance.

"The COVID-19 pandemic has brought renewed attention to the importance of strengthening disaster risk reduction ... COVID-19 has shown us that systemic risk requires international cooperation," he said. 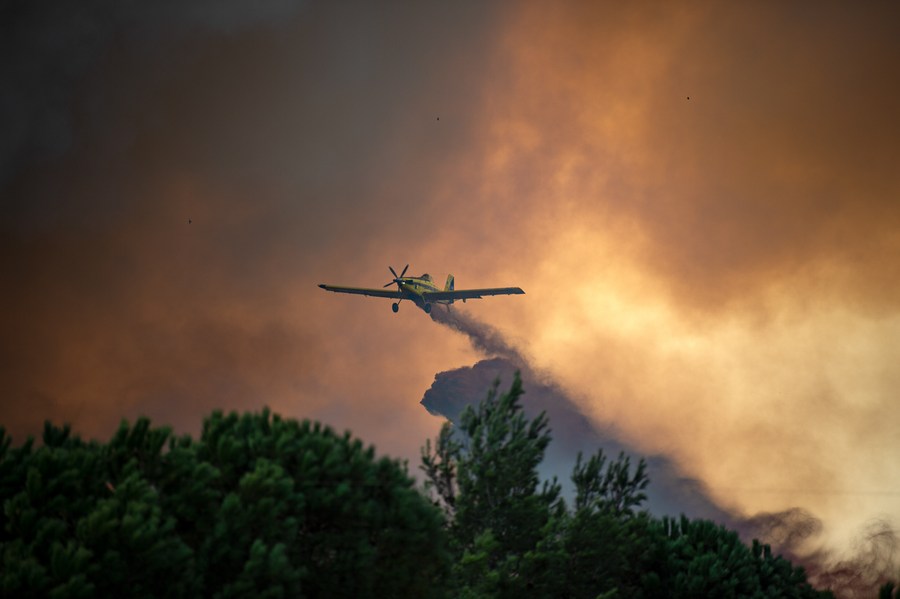 A firefighting plane tries to extinguish a forest fire blazes near northern Israeli city of Nof HaGalil on Oct. 9, 2020. (Gil Eliyahu/JINI via Xinhua)

"To eradicate poverty and reduce the impacts of climate change, we must place the public good above all other considerations," he added.

The theme of this year's International Day for Disaster Risk Reduction is strengthening disaster risk governance -- one of the priorities for action of the Sendai Framework -- to build a safer and more resilient world.

Held every Oct. 13, the international day celebrates how people and communities around the world are reducing their exposure to disasters and raising awareness about the importance of reining in the risks that they face. The international day was designated by the UN General Assembly in 2009.