Over 8.8 mln sampled for COVID-19 testing in China's Qingdao 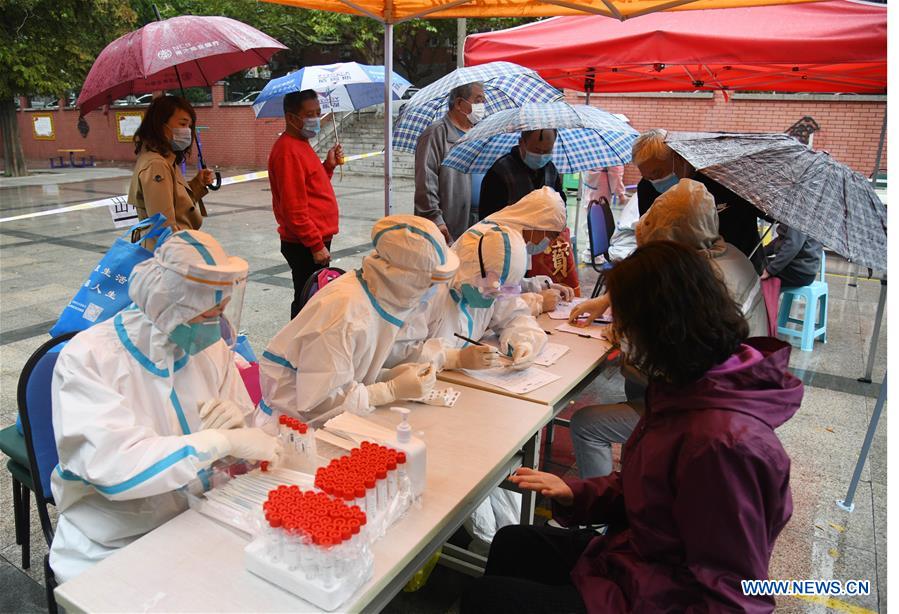 People wait to take COVID-19 test at a square in Qingdao, east China's Shandong Province, Oct. 14, 2020. Over 8.8 million people had been sampled for nucleic acid testing by 6:00 p.m. Wednesday in east China's Qingdao City, after it began a city-wide testing campaign on Monday, according to local authorities. (Xinhua/Li Ziheng)

QINGDAO, Oct. 14 (Xinhua) -- Over 8.82 million people have been sampled for nucleic acid testing, as of 6 p.m. Wednesday, in east China's city of Qingdao, after it began a city-wide COVID-19 testing campaign on Monday.

Over 5.41 million of the collected samples have been tested so far and, with the exception of those cases already reported, no new positive samples have been detected, the information office of the municipal government told a press conference on Wednesday.

Meanwhile, as of 6 p.m. Wednesday, about 3.41 million of the samples collected in the city's five urban districts have been tested. The testing of everyone in the five districts, amounting to 4.15 million people, is expected to be completed by the end of Wednesday.

Qingdao has a population of more than 11 million. The city has vowed to complete city-wide nucleic acid testing within five days starting from Monday.

The virus re-emerged in Qingdao over the weekend, with 12 new confirmed cases of COVID-19 reported since then, the municipal health commission said.