Across China: Piano sheds light, melody on a world of darkness 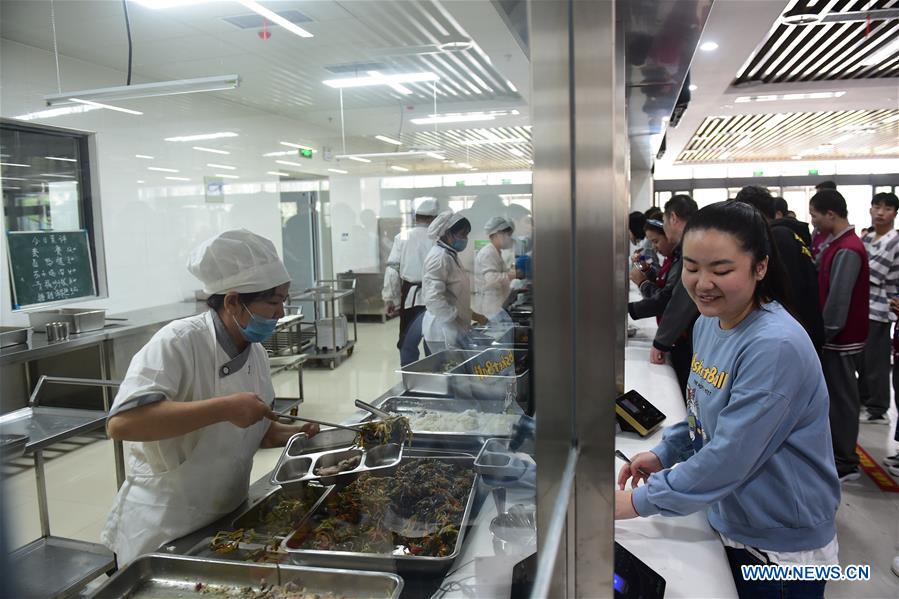 HEFEI, Oct. 15 (Xinhua) -- Instead of becoming a masseuse like many blind people in China, Wang Xiangjun, who is also congenitally blind, has a bigger dream -- teaching visually impaired kids how to play the piano.

Wang, 24, was first introduced to music by her grandmother, who was a primary school music teacher. But she did not start to learn to play the piano until she was sent to study at the Hefei Special Education Center of east China's Anhui Province.

Since then, Wang has been fascinated by the pattern of sounds produced by the black and white keys on the musical instrument.

"It's very hard for blind people to learn to play the piano. The first problem is to find the keys," said Wang, who had to listen to the melody again and again, so as to remember them by heart. Then she would try to carefully press the keys one by one.

"Music makes her more confident. Her ears are her eyes," Li said. "Though learning piano is especially difficult for blind people, she was very earnest about it. She not only kept up with the teaching schedule, and she even performed better than I expected."

In 2014, the Ministry of Education stipulated that visually impaired people should be given access to braille or electronic exam papers, as well as support staff so that they can sit the national college entrance exam.

Benefiting from the act, Wang finished the braille version of the exam paper in 2015 and was admitted to the Tianjin Conservatory of Music, the first blind student to do so through the college entrance exam in Anhui Province.

During her college years, Wang performed a number of music concerts and raised more than 100,000 yuan (around 14,890 U.S. dollars). She donated all of the funds to those in need.

After graduation, she returned to her alma mater -- Hefei Special Education Center, and became a piano teacher in 2019.

"Many kind people have helped and encouraged me over these past years, which is an important reason for me to keep on taking the path of music," said Wang, who also wishes to pass on the love and kindness to more blind children by working as a teacher.

Her dream finally came true when she gave her first music lesson to over 20 students from the school's piano club. Her students are of different ages and from different classes, ranging from the first to the ninth grades.

"All of my students are so lovely that they remind me of what I was like as a child. I know their difficulties in learning. They can't see the piano score or find the keys, but I can teach them with my experience and let them see hope and a bright future," Wang said.