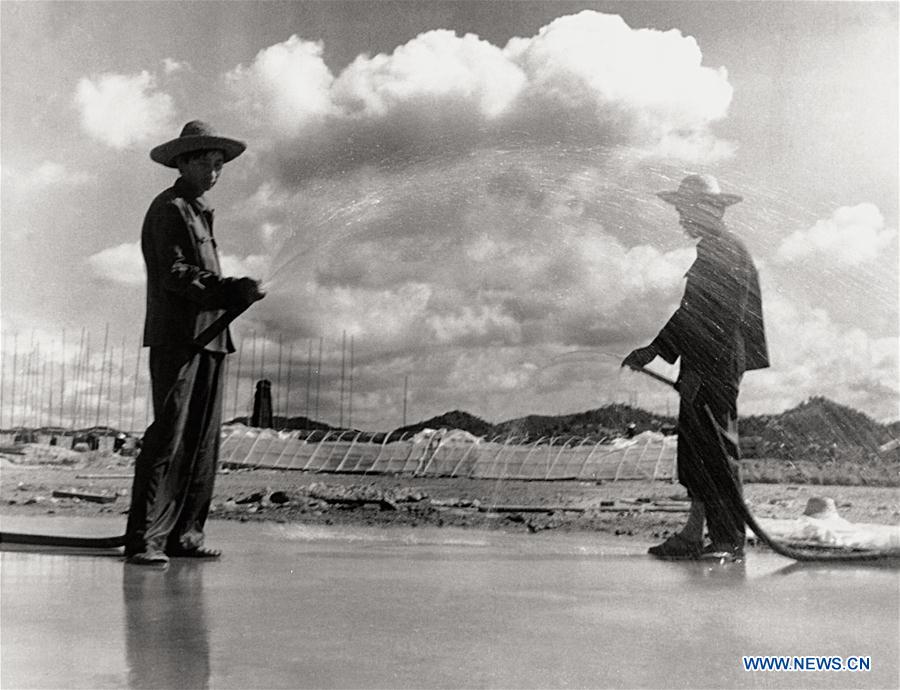 This photo taken by former military correspondent Yang Hongxiang in 1983 shows combat engineers maintaining a heliport in Shenzhen, south China's Guangdong Province. The photo is part of an exhibition of Yang's photography works held at the library of Shenzhen University documenting how combat engineer corps helped build the infrastructure of the Shenzhen Special Economic Zone (SEZ). Yang had worked as a military correspondent with the first combat engineers who pioneered the construction of the Shenzhen SEZ. With photos and stories, he documented the rapid change of Shenzhen -- high-rise buildings mushrooming from barren lands, tarmacked avenues replacing dirt roads, public facilities such as museum, theater and airport rising from scratch. "Forty years ago I was recording this city and now I'm building it," says Yang, who owns an urban development business. "As a resident of Shenzhen, I've witnessed how it burgeoned and I truly take pride in the achievements we made." (Photo by Yang Hongxiang/Xinhua)