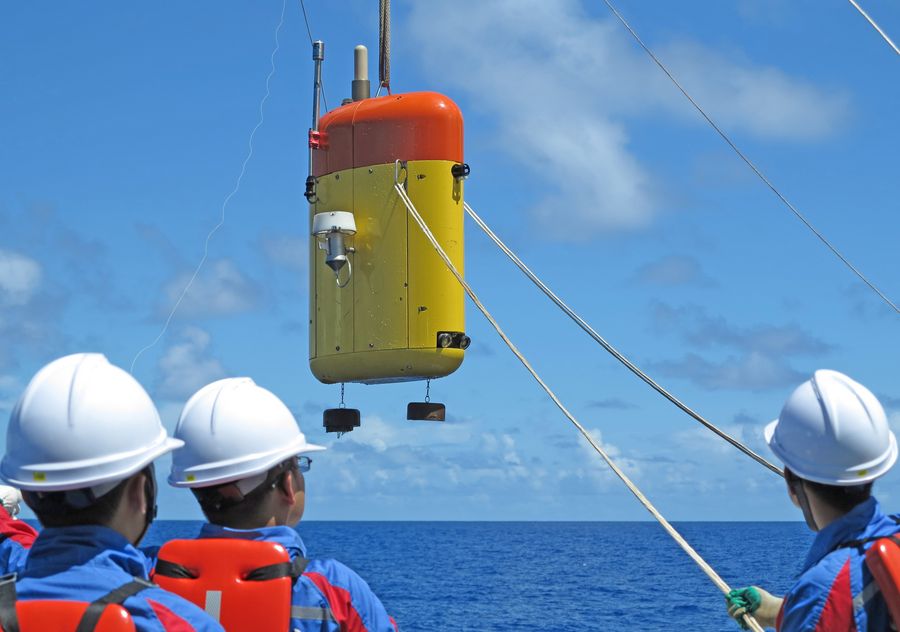 China's unmanned submersible "Haidou-1" prepares to dive into waters near the Mariana Trench in the West Pacific, the deepest area in the world, during a scientific expedition on July 1, 2016. (Xinhua)

Members of the expedition team from the Shenyang Institute of Automation with the Chinese Academy of Sciences told Xinhua that the vehicle dived over 10,000 meters four times at the Challenger Deep in the Mariana Trench during the trip.

The team left for the expedition on April 23 and returned to the northeast China province of Liaoning on Monday.

The submersible collected samples from the deep sea and captured high-definition images of the geological environment.