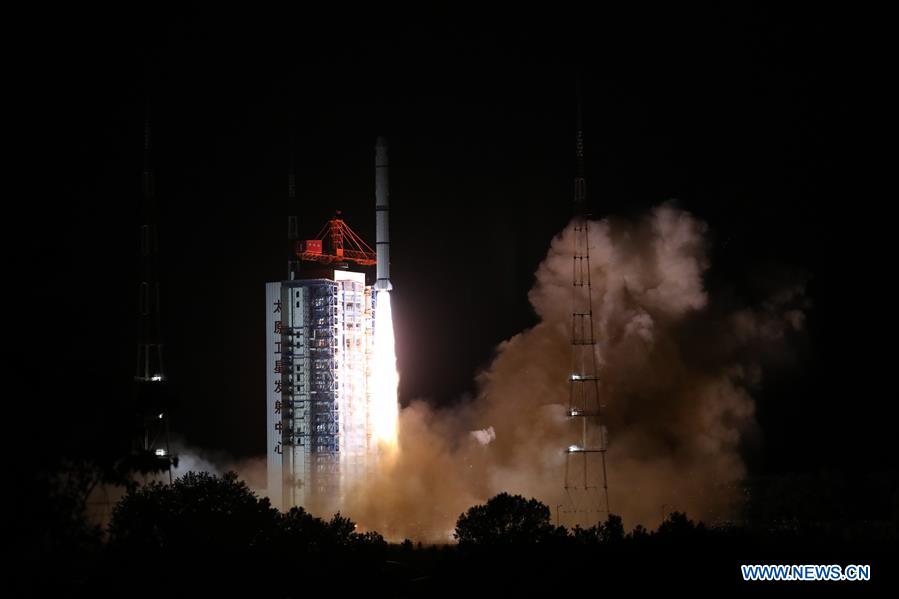 A Long March-2C rocket, carrying the satellite HY-1D, lifted off at 2:31 a.m. (Beijing Time), according to the China National Space Administration (CNSA).

The new satellite will form China's first satellite constellation for marine civil service together with HY-1C, which was launched in September 2018, and double the current ocean observation data, according to CNSA and the Ministry of Natural Resources.

The satellite constellation is expected to improve China's capabilities in observing ocean color, coastal resources and ecological environment, and ramp up support for meteorology, agriculture, water conservation and transportation.

It will also be of great significance to coping with global climate change and building an ecological civilization.

HY-1D, China's fourth remote-sensing satellite for ocean observation, carries five payloads that have similar functions as HY-1C. A scanner can observe ocean color globally, and measure the surface temperature of the seas, every day, with a spatial resolution of 1.1 km.

The imager can obtain coastal water environment, coastal zone and ecological environment of rivers and lakes with a spatial resolution of 50 meters, every three days.

It is also equipped with an automatic identification system for ships.

The data will be used for resource and environmental surveys, and to facilitate marine disaster prevention and mitigation, sustainable utilization of marine resources, early warning for marine ecology, and environmental protection.

Thursday's launch was the 334th by the Long March rocket series. Enditem