Roma dominate Benevento in Serie A 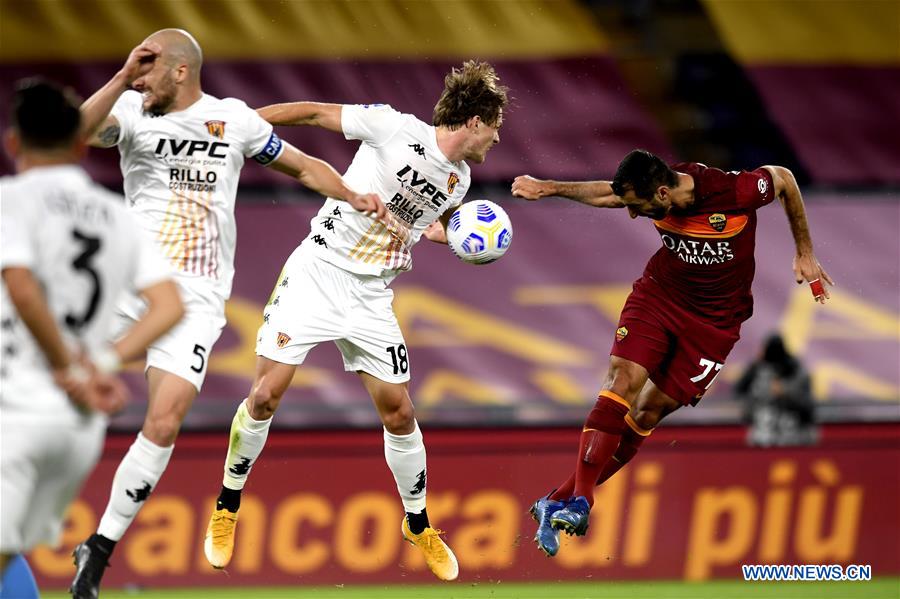 ROME, Oct.18 (Xinhua) -- Gianluca Caprari's stunner gave Benevento a shock lead against Roma, but it was not enough as the Giallorossi fought back for a 5-2 victory in the Seria A on Sunday.

Benevento had a dream start just five minutes into the game, as Caprari cut inside from the left, and his shot took a deflection to loop over a helpless goalkeeper Antonio Mirante.

Pedro Rodriguez scored the equalizer in the 31st minute, three minutes before Edin Dzeko turned around the game.

The newly-promoted side got back on level terms eight minutes after the break as Gianluca Lapadula tapped in the rebound from his saved penalty.

The home side restored the lead in the 68th minute when Jordan Veretout converted a spot-kick after Pedro was charged down in the box.

Roma extended the lead in the 76th minute, as a totally unmarked Dzeko tapped home on Henrikh Mkhitaryan's assist, before Carles Perez sealed the game with a daisy-cutter before the whistle.

Fiorentina surged into a 2-0 lead against Spezia just four minutes after the start, but the Viola squandered the two-goal cushion, only managing a 2-2 stalemate.

Sassuolo completed a stunning comeback as it beat Bologna 4-3 after being 3-1 down.