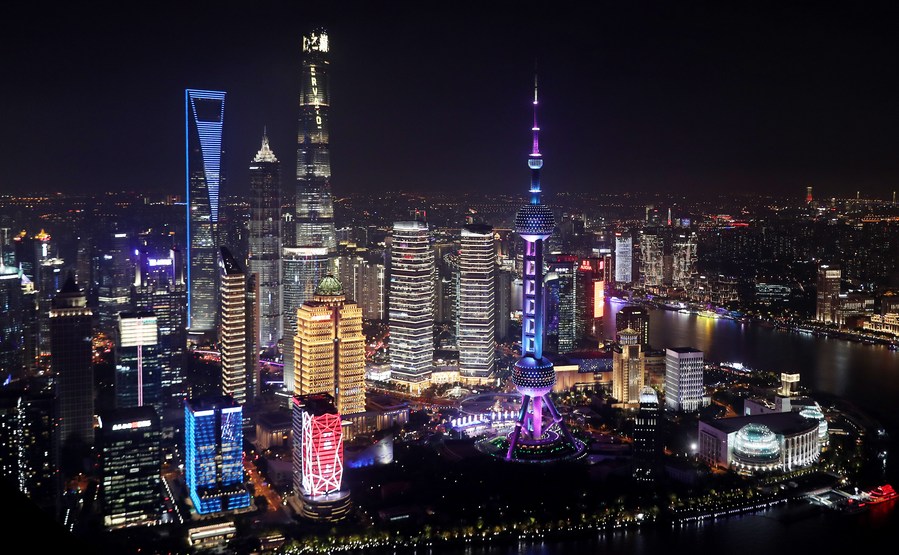 Photo taken on Oct. 26, 2020 from the Sinar Mas Plaza shows a view of the Lujiazui area in Shanghai, east China. (Xinhua/Fang Zhe)

BEIJING, Oct. 30 (Xinhua) -- Deeper involvement in the international circulation is an integral part of China's efforts to establish a new development pattern, said a senior Communist Party of China (CPC) official on Friday.

The new development pattern takes the domestic market as the mainstay while letting domestic and foreign markets boost each other.

Fostering the new development pattern will by no means affect China's commitment to opening-up, Han said, adding that the scale of China's foreign trade, foreign capital use and outbound investment will continue to expand.

China will promote higher-level opening-up, widen market access for foreign enterprises, and make better use of both domestic and foreign markets, he said.

Calling market "a scarce global resource," Han said China will turn itself into a "gravitational field" that attracts the world's high-quality factors and resources and a fertile ground of foreign investment by building a market-oriented, rule-based, and international business environment.

The country will let domestic and international circulations reinforce each other, and pursue mutual benefits and common prosperity and development with other countries, Han added.