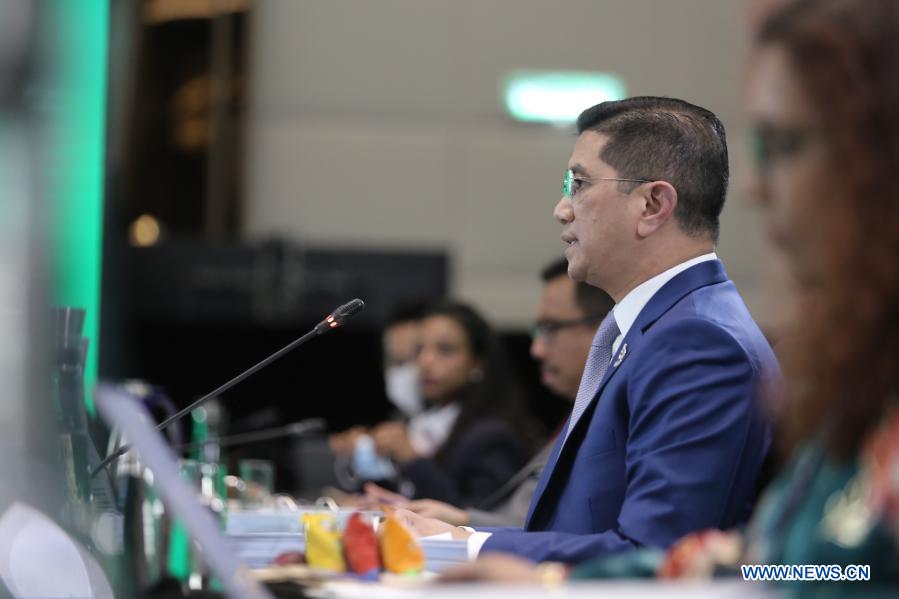 In his opening remarks at the virtually-held APEC Ministerial Meeting (AMM), Azmin said Malaysia as the host of APEC this year has been leading the effort to finalize the document that is set to build on the success of Bogor Goals and will chart the long-term strategic direction for the region.

"I am tremendously honored that Malaysia is the lead penholder for this crucial document, one that envisions an open, dynamic and resilient Asia Pacific community built upon shared prosperity," he said.

One of APEC's flagship initiatives, the Bogor Goals were announced in 1994 for members to move towards the long-term goal of free and open trade and investment in the Asia-Pacific no later than the year 2020.

Besides working on the document, Azmin said works have been progressing towards overcoming the challenges posed by the COVID-19 pandemic and its impact.

"This underscores the will and conviction of the Asia-Pacific to continue to resist the force of protectionism, in whatever form they may come," he said.

The AMM comes ahead of the APEC Economic Leaders' Meeting, which will be virtually held on Nov. 20, when the Post-2020 Vision is expected to be officially endorsed.

APEC is a regional economic forum established in 1989 to leverage the growing interdependence of the Asia-Pacific. APEC's 21 members aim to create greater prosperity for the people of the region by promoting balanced, inclusive, sustainable, innovative and secure growth and by accelerating regional economic integration.