National conference on 5G and industrial internet opens in Wuhan 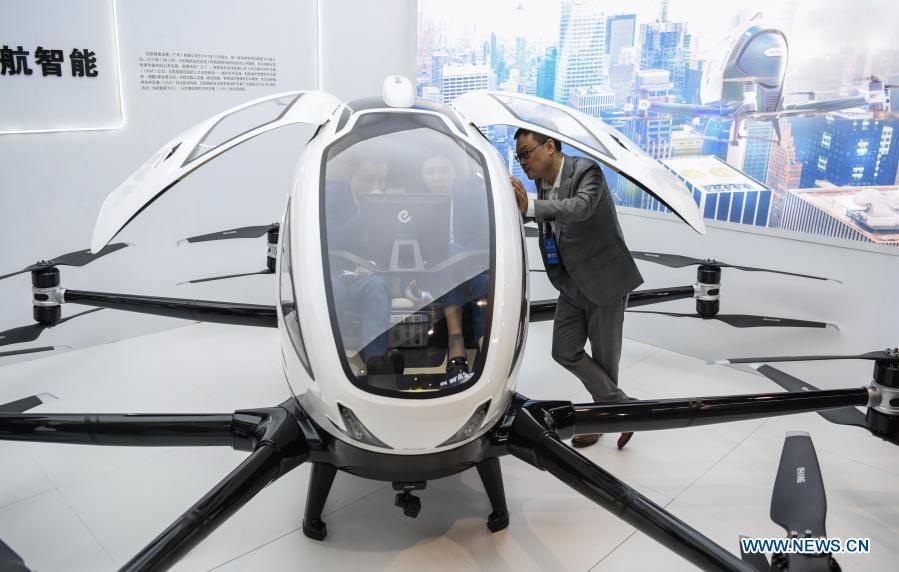 Visitors learn about an autonomous aircraft on display at an exhibition during the "China 5G + Industrial Internet Conference" in Wuhan, central China's Hubei Province, Nov. 19, 2020. A national conference on 5G and the industrial internet opened Thursday in the city of Wuhan. The event, named "China 5G + Industrial Internet Conference," will last three days, during which forums and dialogues will be held and major projects will be inked. The achievements in 5G and the industrial internet will also be demonstrated in a 6,000-square-meter area during the conference. (Xinhua/Cheng Min)