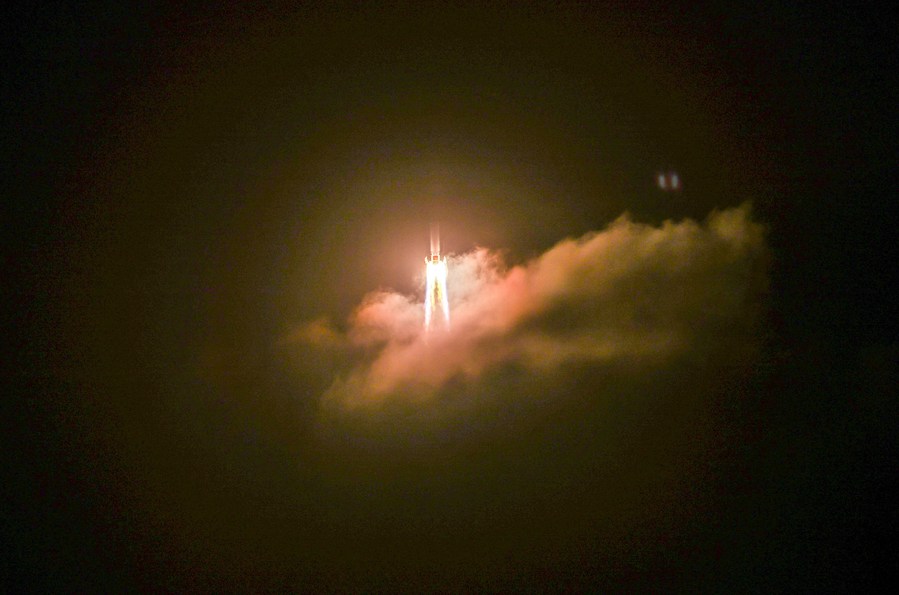 A Long March-5 rocket, carrying the Chang'e-5 spacecraft, blasts off from the Wenchang Spacecraft Launch Site on the coast of southern island province of Hainan, Nov. 24, 2020. (Xinhua/Zhang Liyun)

After the deceleration, the probe started flying in a near circular orbit from an elliptical path around the moon, said the CNSA.

In the next step, the lander-ascender combination of the spacecraft will separate from its orbiter-returner combination.

The lander-ascender combination will execute a soft landing on the moon to collect the country's first samples from an extraterrestrial body.

The probe decelerated for the first time and entered the lunar orbit on Saturday.