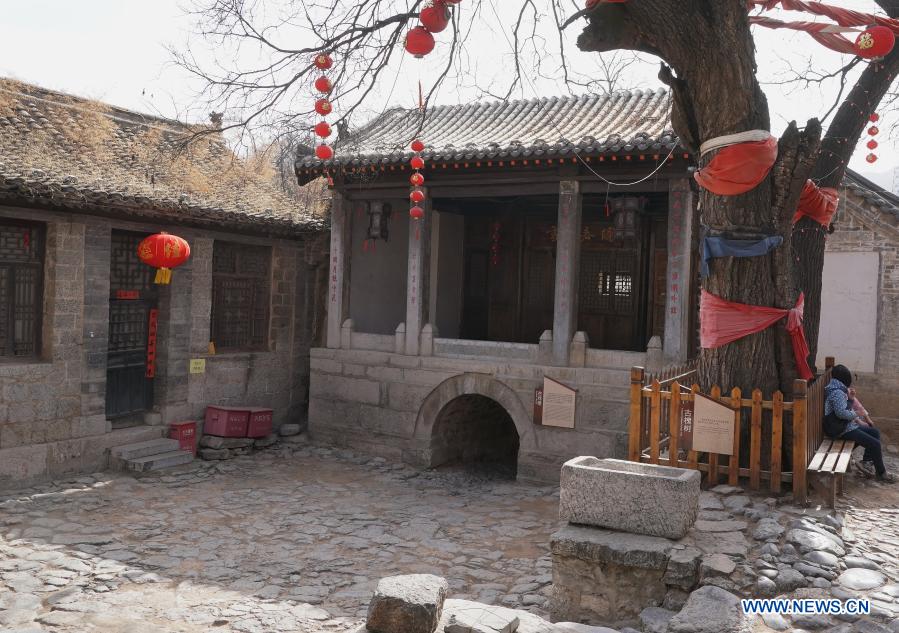 Photo taken on Feb. 21, 2021 shows an ancient theater building at Daliangjiang Village, in Nanzhangcheng Town of Jingxing County, Shijiazhuang City of north China's Hebei Province. Daliangjiang Village, located deep in the Taihang Mountains, was awarded as one of China's historic and cultural villages in 2010. The ancient buildings in the village were mainly built of stones and bricks, most of which were built in the late Ming (1368-1644) and early Qing (1644-1911) dynasties. (Xinhua/Yang Shiyao)