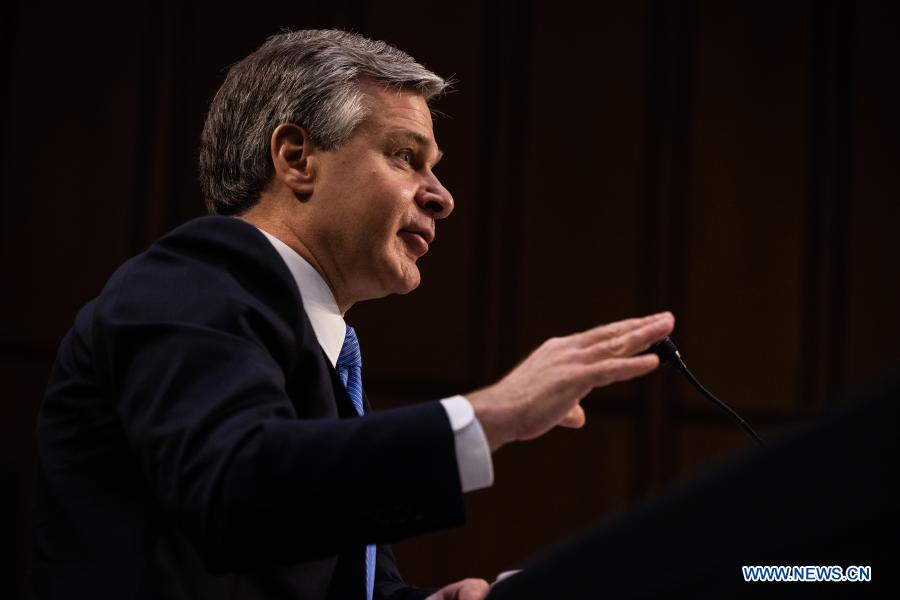 "That attack, that siege, was criminal behavior, plain and simple, and it's behavior that we, the FBI, view as domestic terrorism," Wray said at a hearing before the Senate Judiciary Committee.

Wray said the rioters came from "a variety of backgrounds."

"The attackers on Jan. 6 included a number - and the number keeps growing as we build out our investigations - of what we would call militia violent extremism. And we have had some already arrested who we would put in the category of racially motivated violent extremism, white as well," said Wray.

So far at least 280 people have been arrested with more than 300 charged in the wake of the Jan. 6 attack which interrupted Congress' electoral vote count of the presidential election. Five people died in the attack, including a Capitol police officer. Enditem