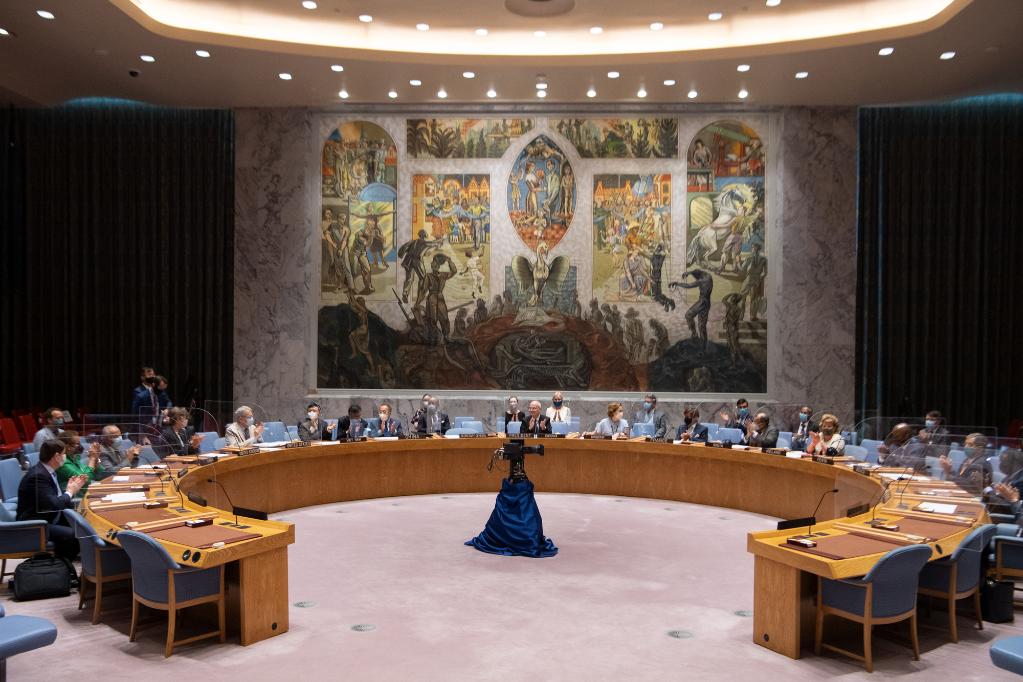 Estonia's UN Ambassador Sven Jurgenson, as Security Council president for the month of June, announced the endorsement after a private meeting of the council.

The Security Council, in its private meeting, adopted a resolution by acclamation, he said.

Jurgenson said the General Assembly is likely to hold a session on June 18 on Guterres' appointment for a second term.

Guterres was the only official candidate as no state has nominated any contender, said Jurgenson.

Jurgenson said Guterres has proven worthy of the post of secretary-general with his performance in the almost five years in office.

Jurgenson lauded Guterres as a bridge-builder and commended him for his views on the conflict zones in the world.

"He is able to speak to everybody, I think this is something that is expected from a secretary-general," he said.

Guterres thanked the Security Council for its endorsement.

"The decision taken today by the Security Council to recommend to the General Assembly that I serve a second term as secretary-general of the United Nations is a great honor. I am very grateful to the members of the council for the trust they have placed in me. My gratitude also extends to Portugal for having nominated me again," he said in a statement.

"It has been an immense privilege to be at the service of 'we, the peoples' and at the helm of the amazing women and men of this organization for the past four and a half years, when we have been facing so many complex challenges," Guterres said.

"Pursuing, as secretary-general of the United Nations, the purposes and principles of the (UN) Charter is a most noble duty. I would be deeply humbled if the General Assembly were to entrust me with the responsibilities of a second mandate," he added.

Guterres, 72, became the ninth UN secretary-general in 2017. Prior to that, he was the UN High Commissioner for Refugees for 10 years. Guterres served as prime minister of Portugal from 1995 to 2002. Enditem