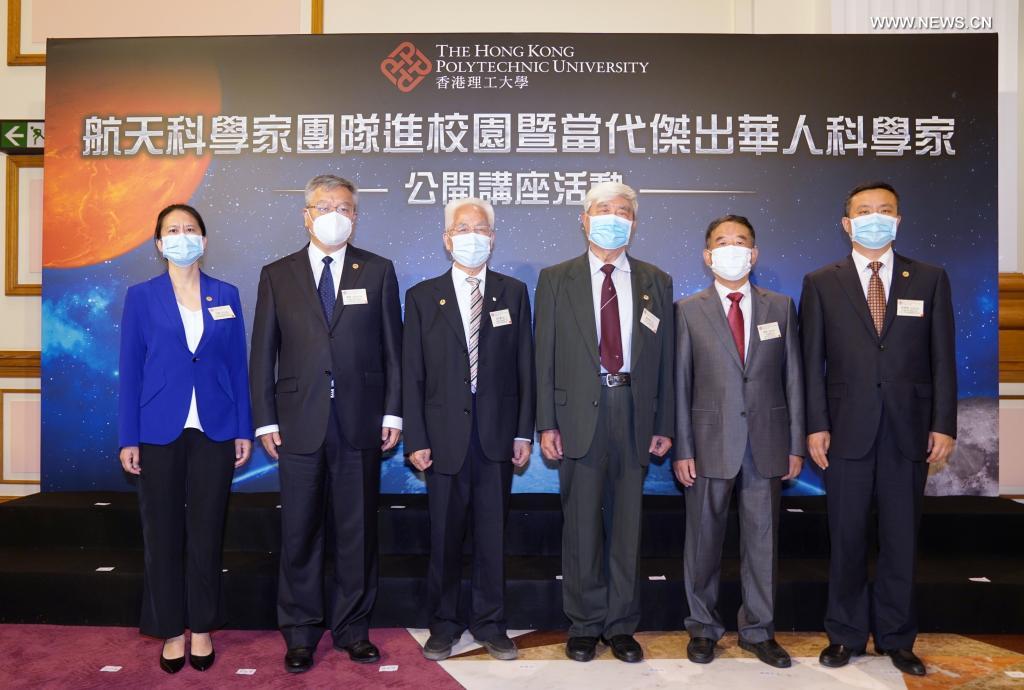 HONG KONG, June 24 (Xinhua) -- After giving a two-hour lecture at the the University of Hong Kong (HKU) Thursday, Long Lehao, an academician of the Chinese Academy of Engineering and chief designer of Long March rockets, walked down the podium but found himself immediately surrounded by students with more questions on space technology.

The students are also waiting for taking group photos with Long, or asking for his autographs.

The scene is a "routine" for the mainland space scientists who are visiting in Hong Kong.

Four space experts, including Long, delivered speeches for Hong Kong youth on Thursday, including those from the Hong Kong Polytechnic University (PolyU) and HKU, as a "star team" comprised of six space scientists started a visit to Hong Kong universities and middle schools on Wednesday.

"Will China send astronauts to Mars?" Albert Chan from the HKU seized the opportunity to ask the first question.

The country currently has no plans for crewed spaceflights to Mars and is accumulating related technologies, Long said, adding he hopes that the next generation will continue to work in the area and succeed in landing on Mars.

Zheng Qiaoren, a 16-year-old middle school student, asked about reusable rockets and was excited to talk to the renowned expert in person.

"Academician Long explained to me the principle of this kind of rocket and now I have a deeper understanding," Zheng said.

Tianwen-1 has opened a new chapter in China's interstellar exploration and new breakthroughs will be achieved in the future with major space projects such as exploration to asteroids, and Mars and Jupiter missions, Sun said, noting that China will contribute more wisdom and solutions to the peaceful use of space and to the building of a community with a shared future for mankind.

At the PolyU, students also prepared loads of questions for the scientists.

"How to choose courses in the future so that I can have the opportunity to participate in the development of the BeiDou Navigation Satellite System (BDS)?" a middle school student asked.

Xie Jun, chief designer of the BDS-3 satellite system, gave a practical and useful answer, saying that the BDS needs talents from a wide range of disciplines, especially those majoring in chemistry and physics.

As the only female scientist in the "star team," Zhang He, executive director of the Chang'e-4 probe project, was asked about women's career development in space technology.

After hearing the lectures, Hong Kong students were inspired to study hard and chase their space dreams.

"If there is a chance, I hope to participate in a great space cause like BDS in the future," said Wu Haoran, a PolyU student who studies electronic and information engineering.

Wang Dapeng, who majors in mechanical engineering, also hopes that his personal career will fit into the development of the country's space technology. Enditem