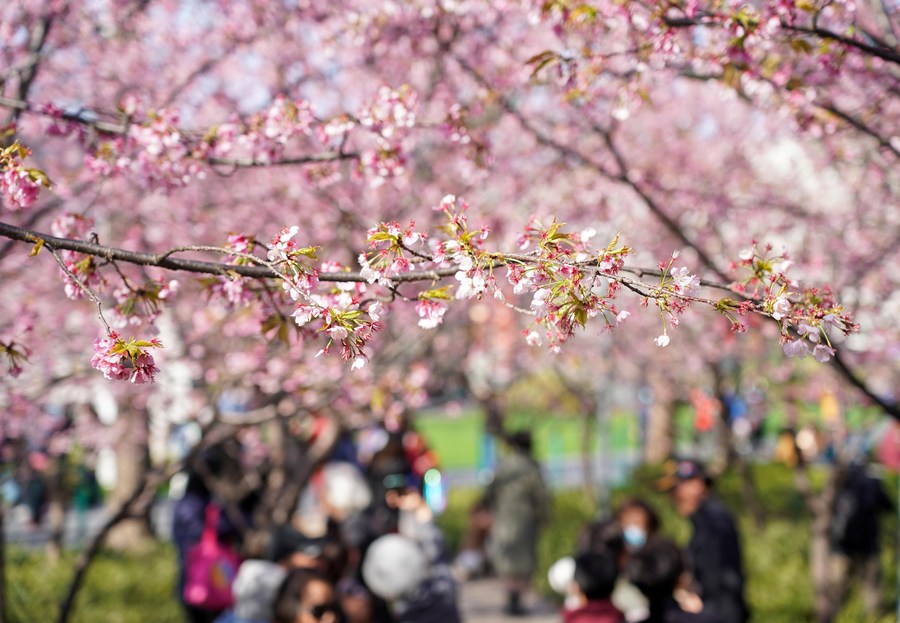 SHANGHAI, July 14 (Xinhua) -- Shanghai plans to increase the number of parks in the city to more than 1,000 by 2025 from the current level of over 400, the municipal government said at a press conference Wednesday.

The newly built parks will include 50 community-based parks and 200 village parks. A total of 300 pocket parks will also be built or renovated in the city between 2021 and 2025, it said.

The Thousand Parks Plan is one of Shanghai's key moves as it strives to build itself into a city of parks during its 14th Five-Year Plan (2021-2025) period.

"The project aims to enhance the citizens' sense of happiness, sharpen Shanghai's soft power and promote the integration of the city and the parks," said Zhu Xinjun, chief engineer of Shanghai Landscaping and City Appearance Administrative Bureau.