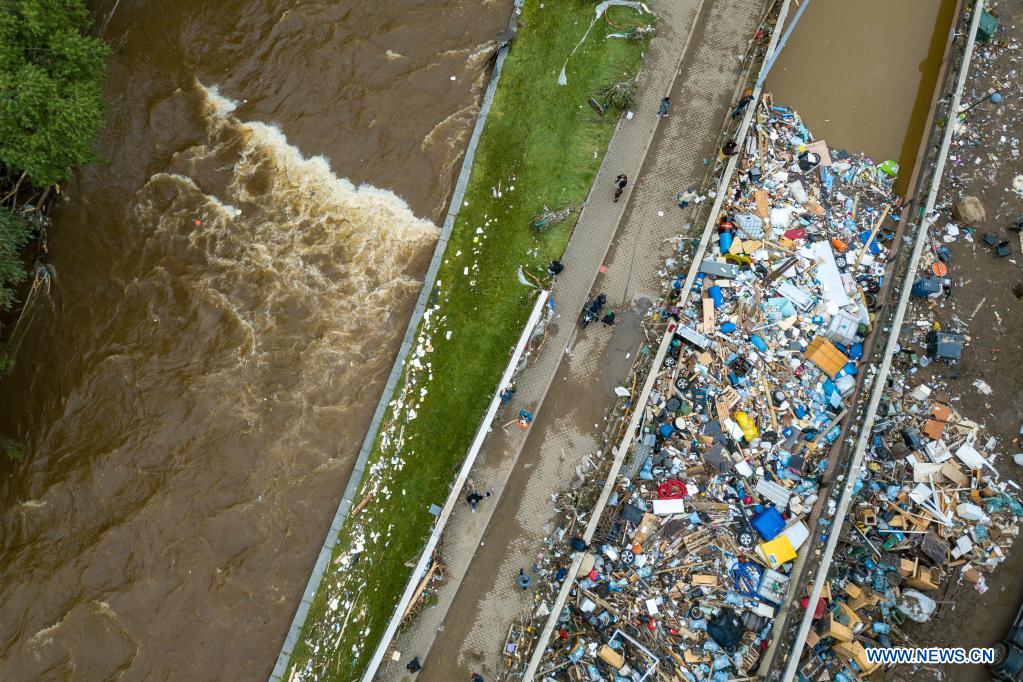 Aerial photo taken on July 16, 2021 shows a tunnel filled with garbage after floods in Verviers, Belgium. Belgium has declared July 20 a national day of mourning the victims of the severe weather in recent days. Twenty-one people died and 18 were reported missing on Friday after flash floods that saw rivers burst their banks in the south and east of the country. (Xinhua/Zhang Cheng)