In pics: power battery recycling and production base in Jieshou, E China 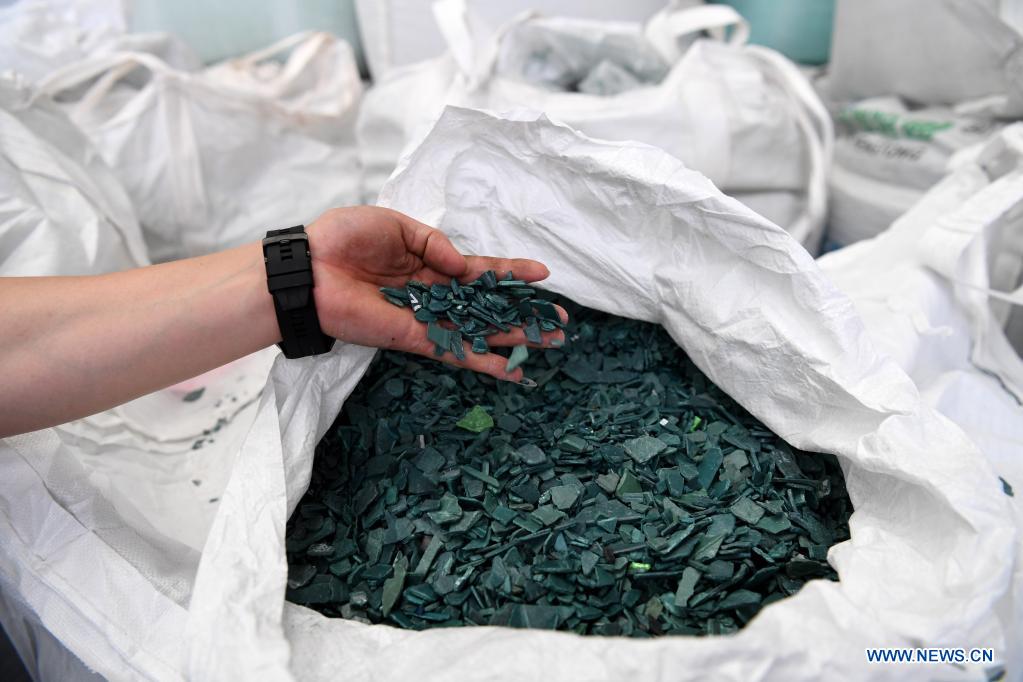 Pieces of plastics are seen in a workshop at Tianying technology park in Jieshou, east China's Anhui Province, July 15, 2021. At Tianying technology park in Jieshou, materials such as lead and plastics found in waste batteries are reused through a series of processes. To promote circular economy, Jieshou has built one of the largest power battery recycling and production bases in China with a full-fledged recycling system and related industries. Each year, the city recycles 1.6 million tonnes of waste batteries. (Xinhua/Liu Junxi)