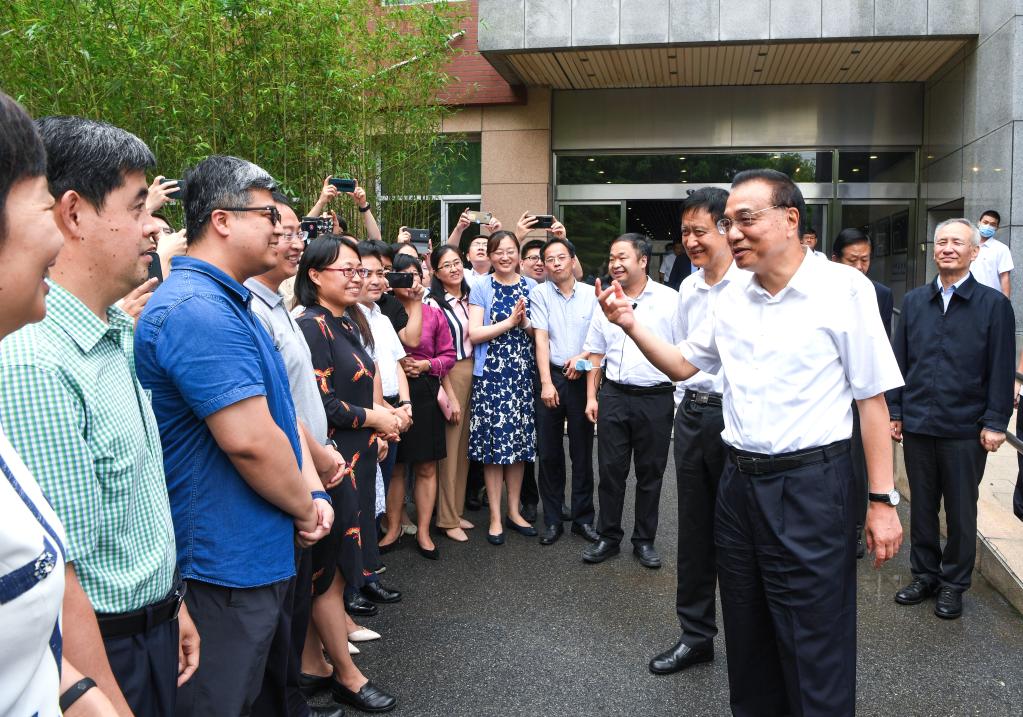 Chinese Premier Li Keqiang, also a member of the Standing Committee of the Political Bureau of the Communist Party of China (CPC) Central Committee, inspects the National Natural Science Foundation of China (NSFC) and presides over a symposium on July 19, 2021. (Xinhua/Rao Aimin)

BEIJING, July 20 (Xinhua) -- Chinese Premier Li Keqiang has called for advancing reform of the scientific research project review and evaluation mechanism to encourage researchers to devote themselves to basic research.

Li, also a member of the Standing Committee of the Political Bureau of the Communist Party of China Central Committee, made the remarks on Monday while presiding over a symposium at the National Natural Science Foundation of China (NSFC).

This year marks the 35th anniversary of the NSFC.

The establishment of the NSFC marks a historic shift in the allocation of scientific and technological resources from planned distribution to competition, Li said, adding that the foundation should make better use of the valuable funds in supporting scientific research.

Li underlined the core position of innovation in the country's modernization endeavor, calling for stimulating the enthusiasm of the whole of society for innovation through deepening reform.

Li called for an increased sense of urgency and said researchers should be encouraged to focus on scientific research and deepen international cooperation.

He also called for increased financial investment in basic research, the stimulation of enterprises to carry out basic research and applied basic research by means of tax incentives, and the strengthening of research on basic theoretical problems that hold back industrial development.

He emphasized enhancing education in basic subjects such as mathematics, physics and chemistry to cultivate more talents for basic research. Enditem