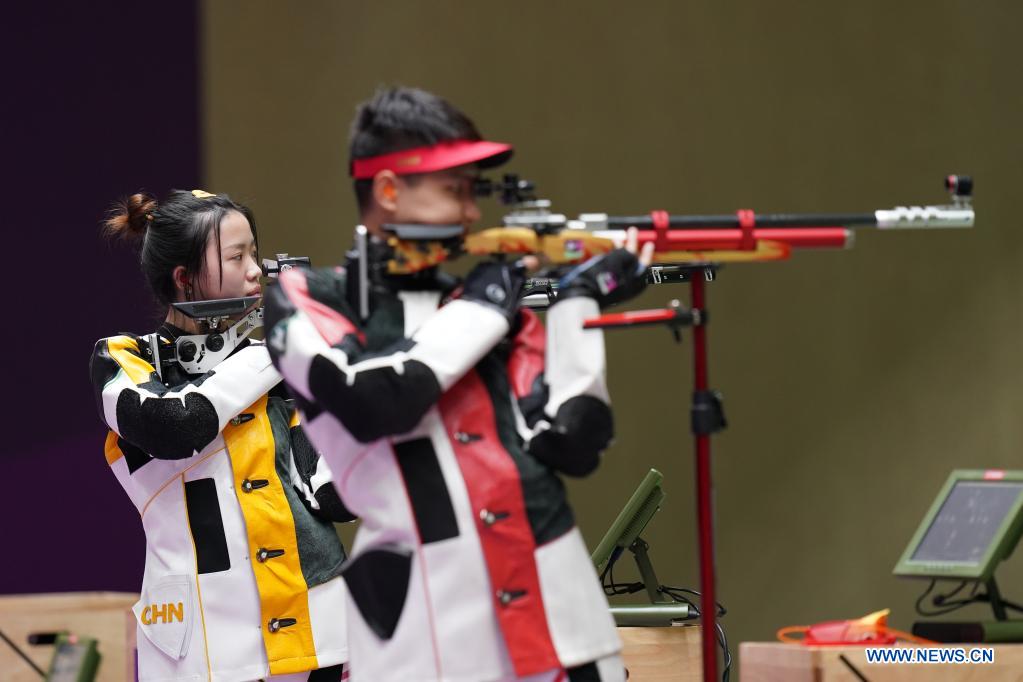 This is the second gold for Olympic debutant Yang Qian, who won the first gold of Tokyo 2020 in the women's individual event while Yang Haoran added a gold to his individual bronze.

Both teams were in good form as the match was tied four times before the two Yangs shot for 21.3 points to the 20.8 of their opponents to win the third gold for the Chinese shooting team.