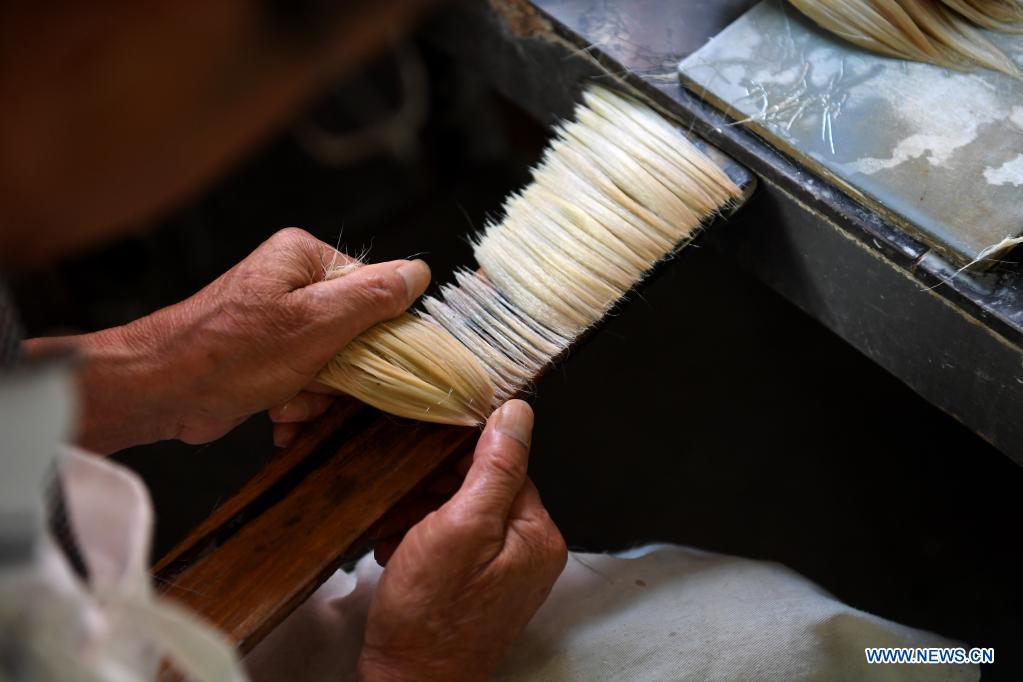 A worker makes Xuan ink brushes at a local manufacturer in Huangcun Township of Jingxian County, east China's Anhui Province, July 22, 2021. The ink brush, ink, Chinese Xuan paper and ink slabs are four traditional writing materials of Chinese stationery. The artistry of different types of Chinese calligraphy scripts as well as painting with traditional Chinese ink strokes require a variety of brushes. The hair of the Xuan ink brush is usually made from the hair of rabbits, weasels or goats, while the handle is typically made of bamboo. The traditional technique of making the Xuan ink brush, which involves numerous steps, has been listed as a national intangible cultural heritage since 2008. Known as one of the places that produce the finest ink brushes in the country, Huangcun Township has developed Xuan ink brush making industry into a pillar of its local economy. At present, there are over 100 people working in the seven manufacturers in the township, producing about 1.8 million Xuan ink brushes every year and generating an annual output value of 12 million yuan (about 1.85 million U.S. dollars). (Xinhua/Liu Junxi)