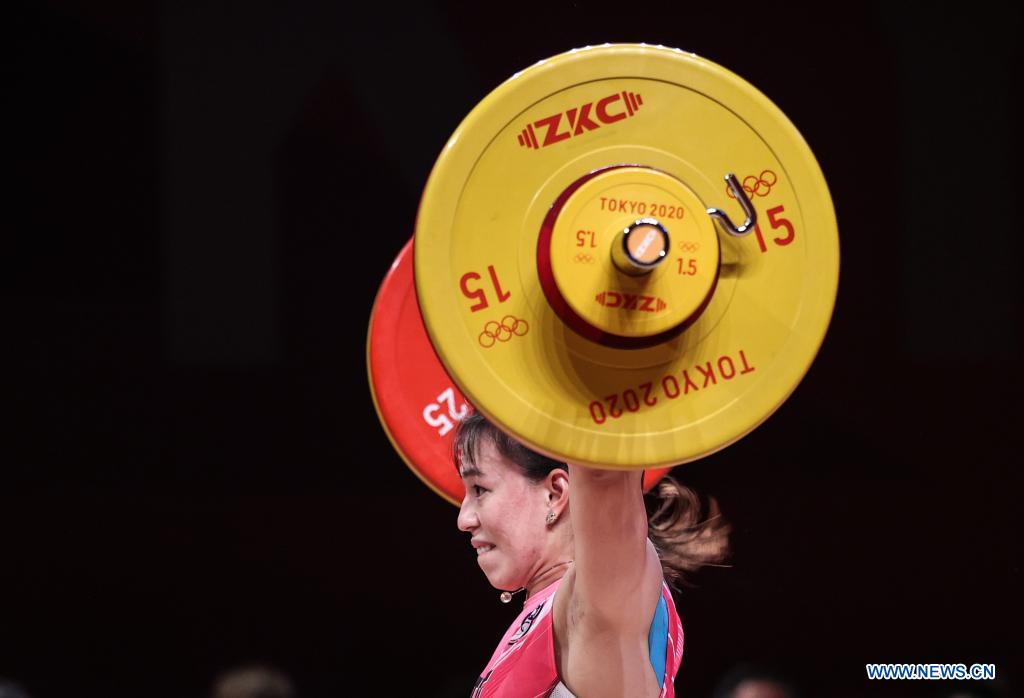 Kuo managed 103kg in the snatch, 133kg in the clean and jerk for a 236kg total, all new Olympic records.