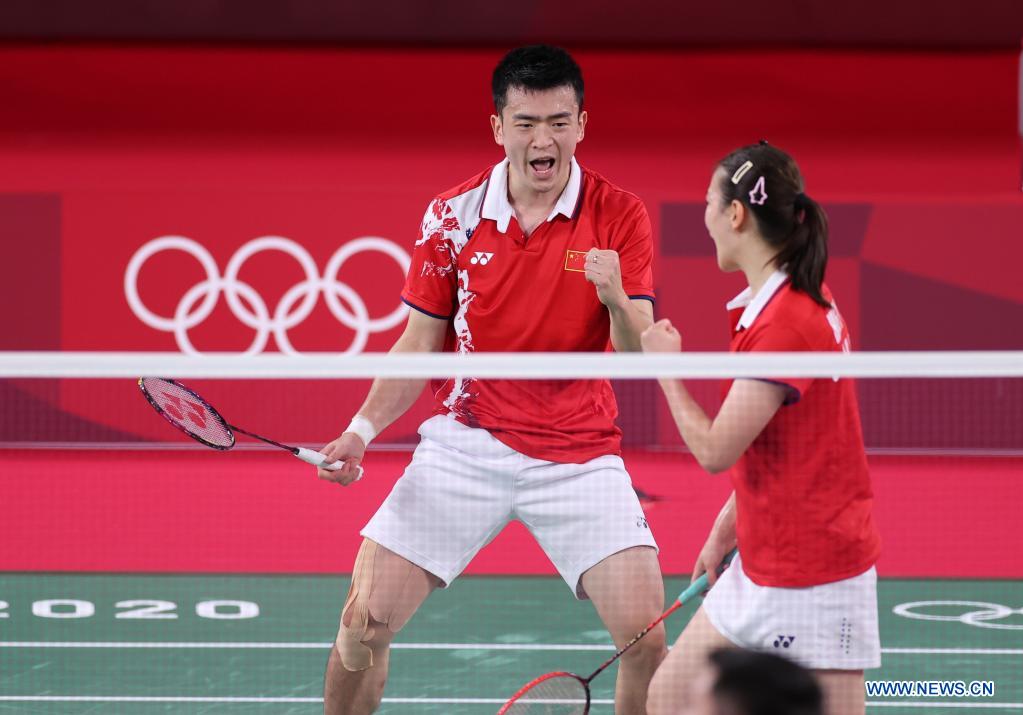 The all-China final will feature Zheng Siwei/Huang Yaqiong and Wang Yilyu/Huang Dongping, the top two seeds at the Tokyo Olympics

Playing against home favorites Yuta Watanabe and Arisa Higashino, Wang and Huang recovered from a close 23-21 loss in the first set to turn the table around 21-15, 21-14 in the following two sets, before world no. 1 Zheng/Huang beat Tang Chun Man/Tse Ying Suet of Hong Kong, China 21-16, 21-12.

The mixed doubles final will be staged on Friday. Enditem