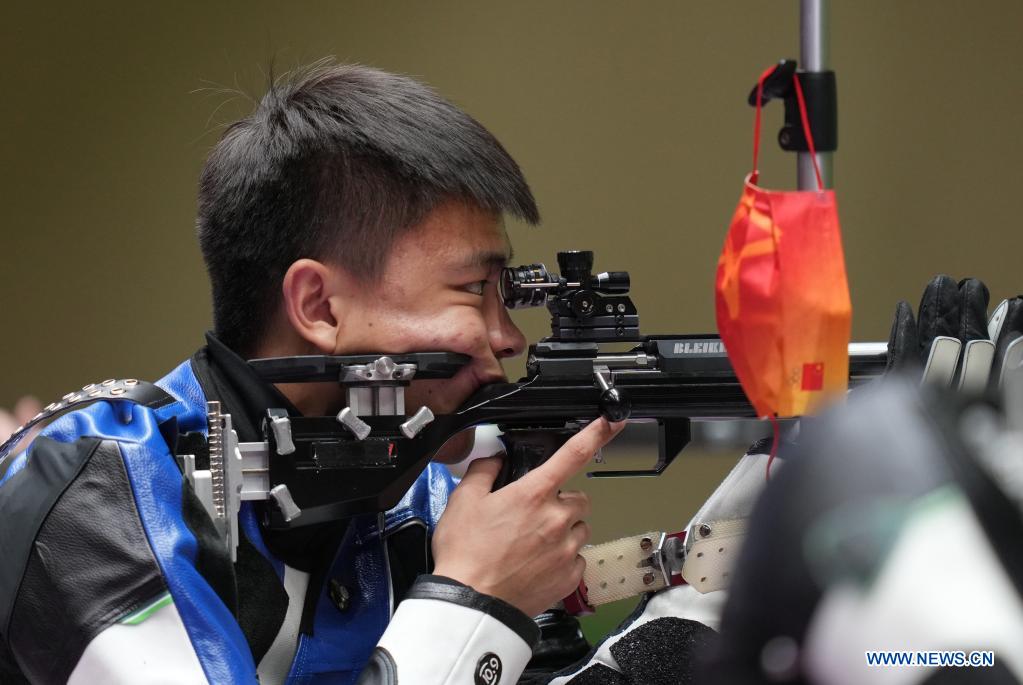 TOKYO, Aug. 2 (Xinhua) -- Zhang Changhong broke the world record to win the last shooting gold of the Tokyo Olympics and the fourth for China in men's 50m rifle 3 positions here on Monday.

The result is 0.7 points better than the 465.3-point world record set by his fellow countryman Yang Haoran in 2018.