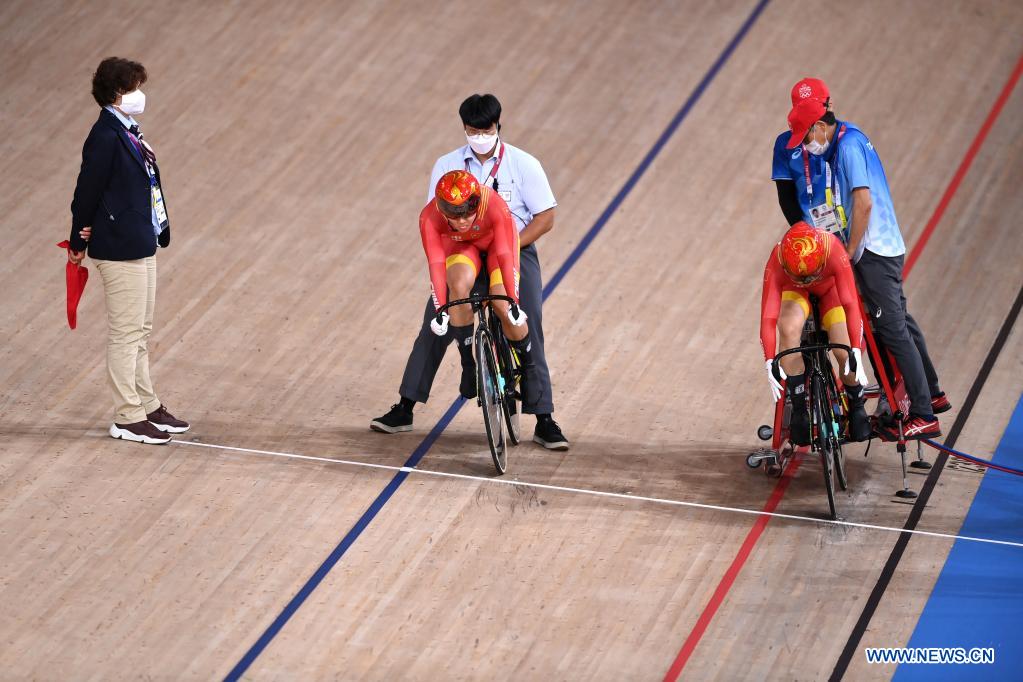 Chinese pair of Bao Shanju and Zhong Tianshi finished the race in 31.895 seconds, ahead of their German opponents Lea Sophie Friedrich and Emma Hinze, who clocked 31.980 seconds.

Earlier on the day, China refreshed its own world record in 31.804 seconds in the heat.

The time bested the previous 32.034 seconds mark set by Zhong and fellow Gong Jinjie at the world championships in 2015. Enditem