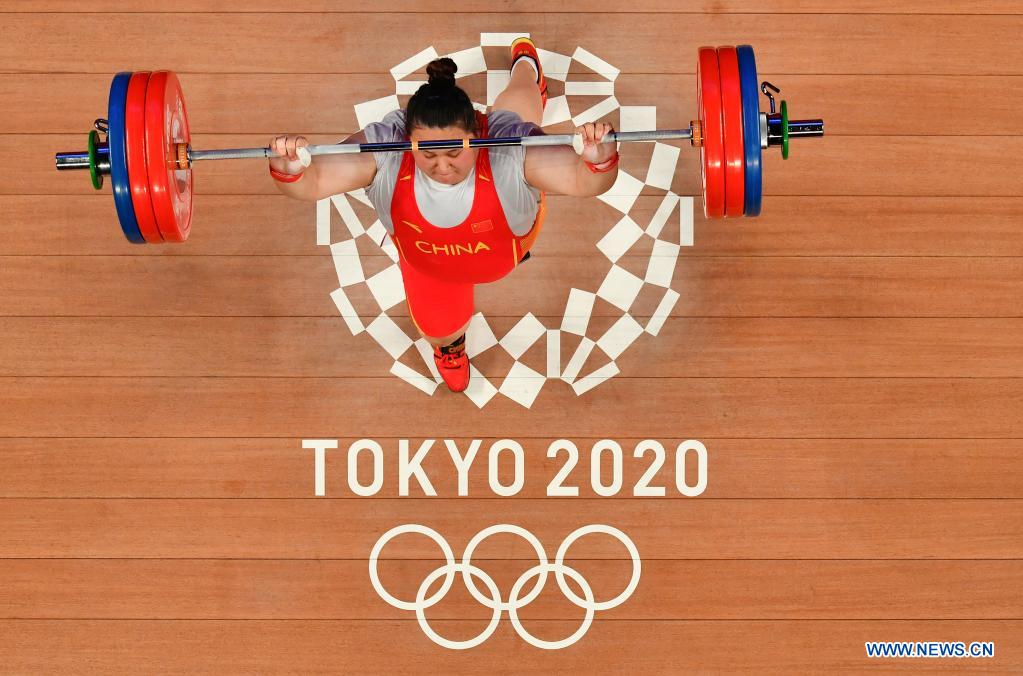 Li won China's seventh gold medal in weightlifting at the Tokyo Olympic Games, equaling the record by an NOC: seven by the Soviet Union in 1976.

Li, current world record holder in the snatch, clean and jerk and total, called 130kg in her first snatch attempt. It has already bettered other contestants, with the nearest one, Sarah Elizabeth Robles from the United States, hoisting 128kg. Li lifted a new Olympic record of 140kg in her third attempt, setting a 12-kg cushion over Robles.

Li continued her dominance going into the clean and jerk section, hoisting an Olympic record of 180kg for a total of 320 kg, also a new Olympic record.

Li, also reigning world champion in the division, admitted she never thought of winning an Olympic gold medal, also pouring gratitude to her coach Wu Meijin, a silver medalist at the Athens 2004 Games.

"He always has great confidence in me," said Li.

"As she has stayed in the Olympic Village for 13 days, she became a little bit anxious when seeing her teammates fight for glory, but she showed strong confidence for the game today as well," said Zhou.

Britain's Emily Jade Campbell trailed by 37kg at second. She became the first British athlete to collect an Olympic medal in women's weightlifting.