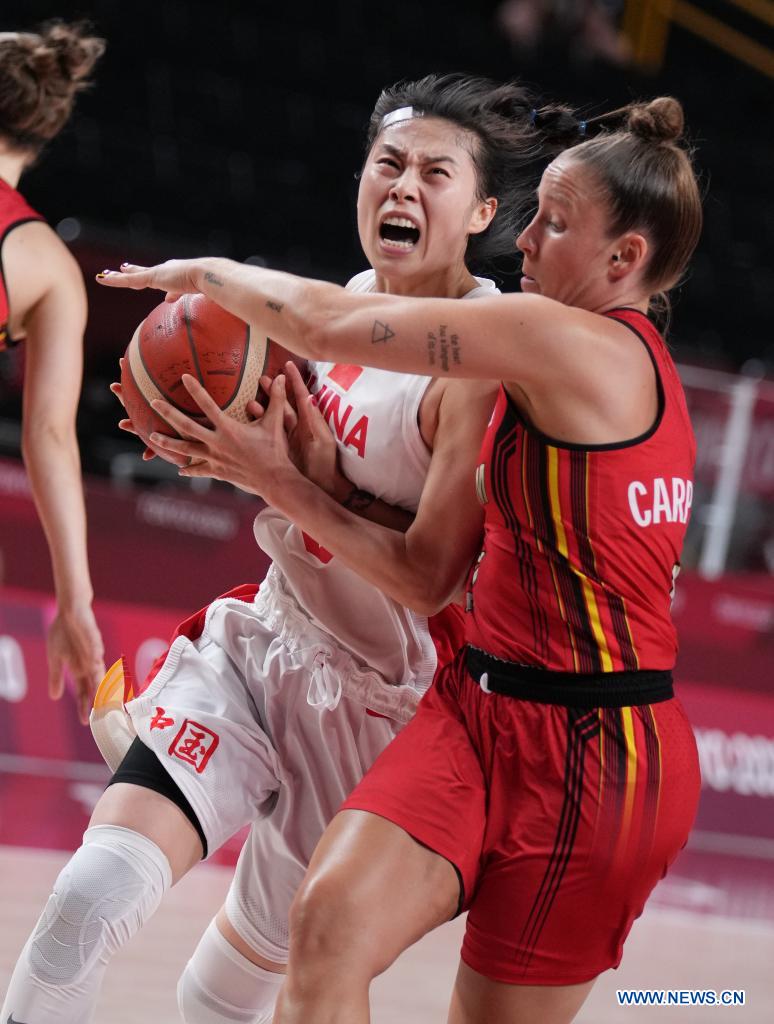 TOKYO, Aug. 2 (Xinhua) -- China beat Belgium 74-62 in the last match in the preliminary round, wrapping up its group phase with a 3-0 record and finishing first to advance to quarterfinals at the Tokyo Olympics women's basketball competition on Monday.

This is the first time that China has finished first in the group phase in Olympic history. Even in 1992 when China won a silver medal in Barcelona, they finished second behind the United States in the group stage.

China ranks top among 12 teams in point difference with 56 points in total, better than Group B leader U.S.' 37 and Group A leader Spain's 29.

"This is a great victory. It's a result of hard work and sacrifice from every member of the team. This is also a win beyond our expectations as Belgium has more experience and higher world rankings," said China's head coach Xu Limin.

"Now everything starts from zero. No matter whom we are going to face in the next round, we will keep playing our game. I hope we can go further," he added.

Monday's game was much closer than the scoreline shows.

Belgium led from the start en route to a 21-17 first quarter. China made a comeback in the second, but failed to extend the lead, as the first half finished 38-37 in favor of China.

"We were eager to win but we had nothing for sure. I think the reason we won three group matches is that we believe in each other, we believe the coach and we did exactly what we planned," said Li.

China kept a high tempo of the game and held their lead steadily to finish the third quarter 59-52, and opened a 12-point gap going into the fourth.

Emma Meesseman, Most Valuable Player of the 2019 WNBA Finals, had a game-high 24 points, but her efforts were not enough to stop Belgium from falling apart in the final quarter.

"We knew it's gonna be a tough and physical game, but I don't know why we fell apart in the fourth quarter. We should have played a 40-minute game, not 30 minutes. I think both physically and mentally, we have problems," Meesseman said.

World No. 6 Belgium shot 2 of 18 on 3-pointers, while China shot 44 percent from behind the arc. Enditem