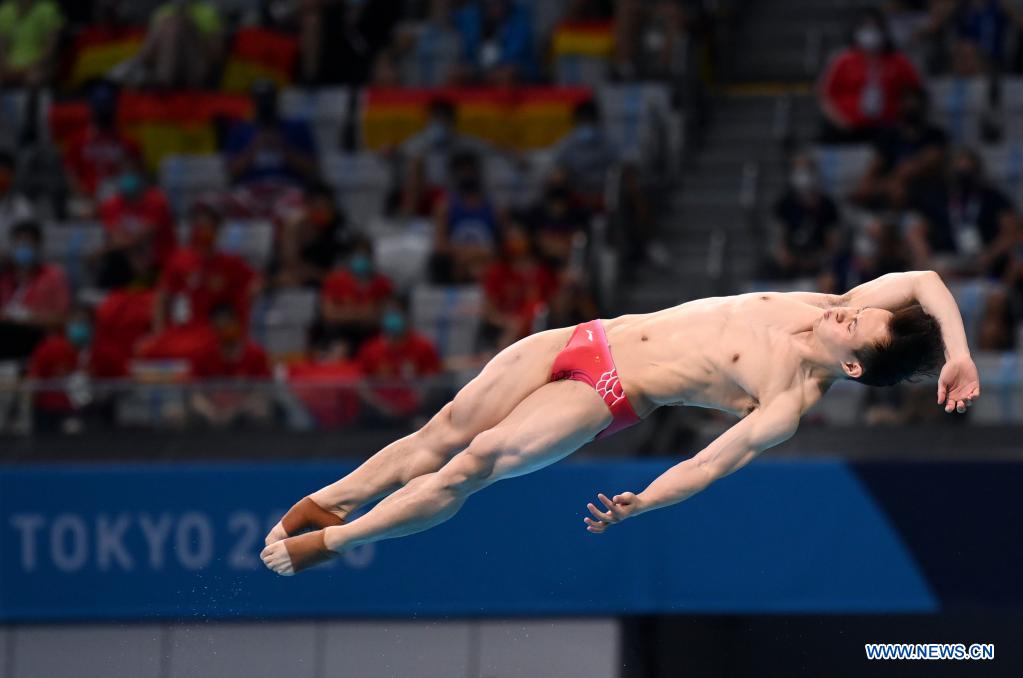 After the six-round final, China witnessed a one-two finish, as Xie finished first with 558.75 points, followed by his teammate Wang at 534.90 points.

Xie was the first current world champion in men's 3m springboard to win Olympic gold in the event since 1988.

After paring up with Wang for the gold in 3m springboard synchronised on July 28, Xie became the second male diver to win the individual and synchronised events at the same Olympic Games since China's Xiong Ni in 2000.

China has won this event in five of the past six Olympic Games, except the gold in 2012 won by Russia.