Upon China launching its national carbon emission exchange in early July, a boiler manufacturing plant in Taiyuan is receiving an increasing number of orders from coal and coal-fired power companies, because its products can lead to a substantial decrease in carbon dioxide emissions.

Insiders said the exchange is a market-based mechanism to drive decarbonization efforts among enterprises by granting transactional quotas to carbon-emitting companies. The first batch of these companies, about 2,200 in total, are all from the power industry.

To meet the rocketing demands from power generation companies, Lu'an Chemical Machinery's production plant had to introduce a three-shift daily work pattern, according to executives of the company.

"One unit of the latest generation of the boiler, which is known as Jinhua boiler among insiders, can lead to a reduction of 43,200 metric tons of coal a year and a drop in carbon dioxide emissions of up to 107,600 tons," said Zhang Jiansheng, deputy chief of the Taiyuan-based Shanxi Academy for Clean Energy Research, which is affiliated to Tsinghua University in Beijing.

The Jinhua boiler was developed by the academy and produced by Lu'an.

Gao Jian, a researcher at the Shanxi Academy of Social Sciences, explained the reasons behind the growing demand for emission-reducing products and solutions from power generation enterprises by analyzing the operations of the emerging carbon trading sector.

"In carbon trade, each company involved is granted a quota, or a certain number of permits, to emit carbon dioxide up to a certain level," Gao said. "If it does not use up all of its quota, it can sell its unused amount to another company that needs to emit more carbon dioxide than its quota allows."

He added the practice is to incentivize companies which cut back on their emissions by allowing them to get additional revenue through selling the surplus amount of their quotas. On the contrary, those who need to buy additional quota amounts for greater emissions will increase their operational costs.

"So this practice drives the need for emission reduction at enterprises, as controlling costs is always a priority on their agendas,"Gao said.

According to Wang Jiemin, board chairman of Shanxi Equity Trading Center, the first batch of 2,200-plus companies eligible for carbon trade include 119 electric power companies in Shanxi.

Wang said Shanxi Equity Trading Center is now cooperating with several other organizations in the province to help the 119 companies prepare for their transactions at the national carbon emission exchange.

Their current focus is to appraise the emission data and production capacity of each company through a unified, unbiased monitoring platform. "The appraisal will be crucial for the national center to decide the amount of quota to give each company," Gao said.

The national center will release its emission quota for each company on Sept 30. 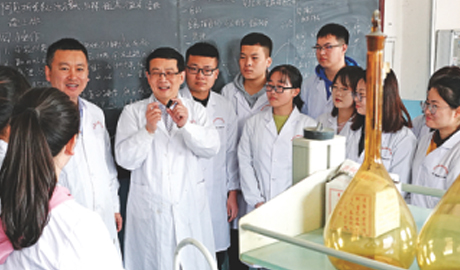