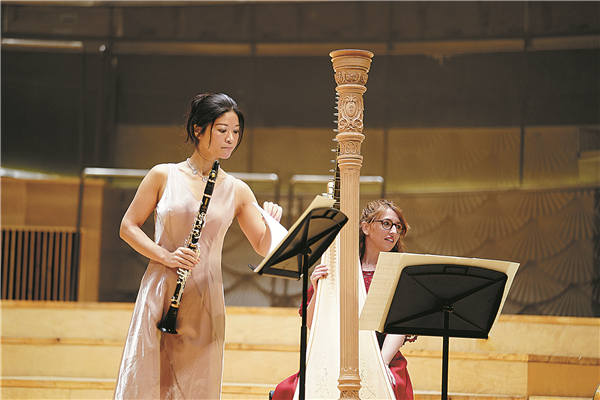 One of Astrid Poghosyan's favorite Disney characters is Mulan. As a young girl at home in Armenia, she watched the animated movie featuring the maiden with dark brown eyes and long black hair.

She was drawn to the folk tale about the courageous, loyal and self-reliant Mulan, who takes her ailing father's place in the military and disguises herself as a man to go to war.

In addition to Mulan, Poghosyan became interested in traditional Chinese culture portrayed in the film, such as dresses, decorations and natural scenery, which made her determined to visit China.

In 2009, when she was 16, she arrived to study violin at the Shanghai Conservatory of Music after winning a scholarship.

In early 2017, just before she obtained her master's from the conservatory and was due to return to Armenia, the Chinese government introduced a program for international students to obtain work permits after graduation. Previously, such students had to have a minimum of two years' work experience outside China before they could apply for a visa.

After she graduated, Poghosyan decided to remain in China, landing a job with the Shanghai Symphony Orchestra. Now working as assistant to Zhou Ping, the orchestra's president, she is the ensemble's first non-Chinese management employee.

"Working and living in China has been an interesting journey. I came here to study music, but I never expected to find a job and live here," said Poghosyan, 28, who was born and raised in Yerevan, the Armenian capital. She added that the history of exchanges between China and Armenia can be traced to the ancient Silk Road.

After moving to Shanghai, she was given the name Xing Xing by her Chinese teacher, which translates as "star".